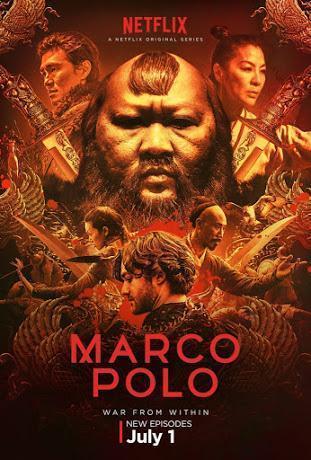 With the progressive upscaling of streaming video service, Netflix, came plenty of great reasons to start using it in the last several years. Marco Polo series creator and executive producer John Fusco offered one of the best back in 2014 with an immersive saga centered on the life and times of the 13th century adventurer serving in Kublai Khan’s court, featuring actors Lorenzo Richelmy and Benedict Wong in their respective roles, and other characters to add more to the sexual intrigue, suspense, political drama and looming danger.
One such character brought us actor Tom Wu in one of the show’s most intergral roles as One Hundred Eyes, one which would eventually garner a spin-off episode last year next to actress Michelle Yeoh. Much to our delight, both are returning with our noted cast and many more the show’s upcoming July 1 season two premiere, and for this, we now have an official trailer following a teaser back in April. Check it out below!