History’s KNIGHTFALL Gets A 10-Episode Order, A&E To Produce 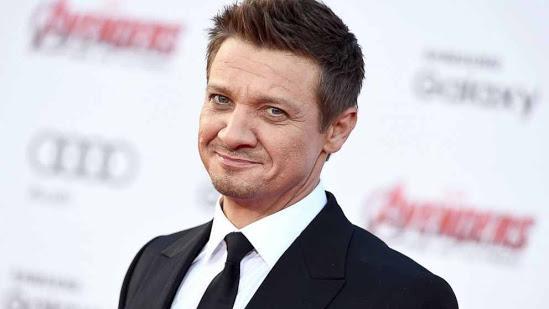 Since its announcement last Spring, History has officially ordered ten episodes for its latest original series venture, Knightfall. The new show follows suit with the success the network had with its other original series efforts like The Bible and Vikings, here and now with A&E and History President Paul Buccieri championing the new series for executive producer Jeremy Renner who may also recur as actor.
The full announcement is below!

PASADENA, CA – January 6, 2016 – HISTORY® has picked up Knightfall, an original scripted drama series chronicling the mysterious but true accounts of the Knights Templar, the elite warriors of the Crusades. The network has ordered a 10 episode first season, which will premiere in late 2016 and be produced by A+E Studios in association with Oscar® and Golden Globe® nominee Jeremy Renner’s and Don Handfield’s production company The Combine and Midnight Radio, it was announced today by Paul Buccieri, President of A&E and HISTORY. It is expected that Renner will guest star in Knightfall, with additional cast and production details to be announced.

The Knights Templar’s heroic exploits in the Crusades that have fascinated for centuries, inspiring popular stories from Knights of the Round Table to the Jedi Knights of Star Wars. Knightfall reveals the great secrets protected by the Templars and tells the story of faith, loyalty and brotherhood that help sustain these warriors on the battlefield, and the dark events that would forever sear the infamous date of Friday the 13th into the world’s psyche.

“We are thrilled to partner with Jeremy Renner, The Combine, Midnight Radio and A+E Studios to tell the intriguing story of the Knights Templar, which has been shrouded in mystery until now,” said Buccieri. “Premium scripted content continues to be a growing part of the HISTORY portfolio, with an eye towards quality historical fact-based storytelling, and Knightfall is the perfect fit for our brand.”

Knightfall was created and will be executive produced by Don Handfield (Touchback, The Founder, Kill the Messenger) and Richard Rayner (L.A. Without A Map), with Renner (American Hustle, The Hurt Locker) also serving as executive producer from The Combine. Executive producers from Midnight Radio are Jeff Pinkner (Alias, Fringe), Andre Nemec (Mission Impossible: Ghost Protocol), Josh Appelbaum (Mission Impossible: Ghost Protocol) and Scott Rosenberg (Beautiful Girls). Jana Bennett, Arturo Interian and Russ McCarroll are the Executives in Charge of Production for HISTORY. Knightfall will be distributed internationally by A+E Networks.

Renner is represented by Untitled, CAA and Patti Felker.