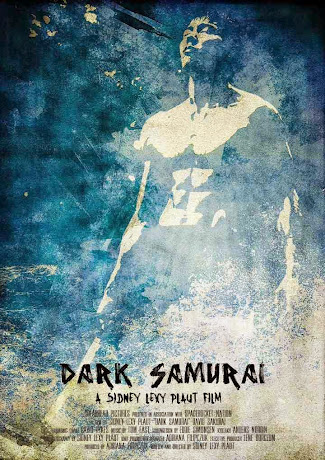 Versatile actor David Sakurai is back with another step forward in immersing himself as an action star with writer and director Sidney Lexy Plaut‘s latest feature-length endeavor, Dark Samurai. The new film, produced by Adriana Filipczuk and executive produced by Lene Borglum (Only God Forgives), takes on a visually intense, arthouse-style approach to its multi-dimensional story focused on iconic samurai warrior and author Miyamoto Musashi. Sure, it’s a switch in gears for Sakurai following his electric performance in the martial arts action short, Echoes Of A Ronin, but presents an otherwise stunning and solid new look while stepping into more contemplative territory for its surreal setup.

Dark Samurai is inspired by the legend of Miyamoto Musashi, who was one of the most famous Japanese ronin and warrior philosophers. This alternate and very visual interpretation of the fate Musashi is brought into a mixture of a contemporary Yakuza underworld and a hypnotic Samurai after-life. We flow seamlessly through life, death, rebirth and the afterlife and challenge our traditional definition of the past, present and future

The film explores the agonizing and painful emotions that go through the shattered mind of Musashi, as he desperately tries to hold on to the only thing he has left – The rapidly fading memories of his undying love for a woman named, Otsu. A love that for a Yakuza-Samurai is strictly forbidden and which will prove to have catastrophic consequences.

Dark Samurai is currently getting an audience one week from today in Poland where the Camerimage film festival is now underway. In lieu of this, a teaser is now officially online for you to check out below. Enjoy and stay tuned for more news ahead!