iBOY: A Shooting Victim Gets A Sick Sci-Fi Upgrade In The Official Trailer 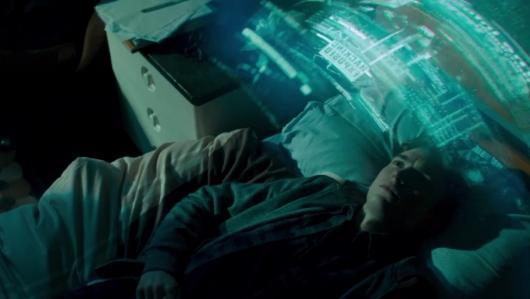 Author Kevin Brooks’s 2010 novel, iBoy, is the latest bit of fantasy fare now making headlines with the upcoming release of its feature film adaptation. The official trailer went live this week introducing the concept of what happens when a boy who gets shot in the head while on the phone after witnessing a crime, handled by none other than Level Up helmer Adam Randall and much to our delight, it looks like terrific way to spend your upcoming Friday night.

Tom is an average teenager whose world is turned on its head when a violent encounter with local thugs leaves fragments of his shattered smartphone embedded in his brain. He wakes from a coma to discover that returning to normal teenage life is impossible because he has developed a strange set of superpowers. With these new powers he sets out to seek revenge on the gang, who also assaulted his best friend Lucy.

Bill Milner leads the film along with Maisie Williams, Miranda Richardson and Rory Kinnear with a script by Joe Barton. The film is slated for a Netflix Original release on January 27.
Check out the footage below if you haven’t seen it yet.