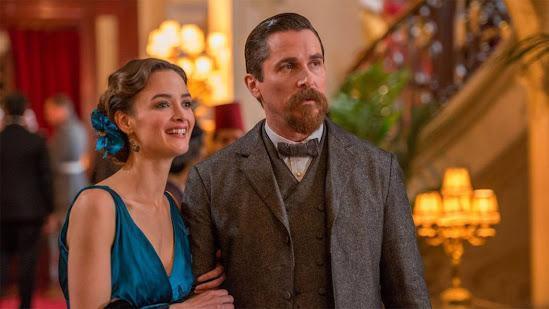 Feel free to browse online for various online forums and opinions following last year’s premiere of award-winning director Terry George’s latest, The Promise. Otherwise, Open Road is stamping an April release in the U.S. with Canada and select territories in Europe courtesy of eOne, and with none other than Christian Bale, Oscar Isaac and Charlotte Le Bon.

Sierra/Affinity will be handling international sales for the film as included in the following announcement released ahead of festival events in Berlin. Read on:

Entertainment One will Theatrically Distribute the Film in Canada, the UK, Australia/New Zealand, Benelux and Spain

LOS ANGELES January 17, 2017 – Sierra/Affinity will launch international sales for THE PROMISE starring Oscar Isaac (Star Wars: The Force Awakens, Ex-Machina, Drive), Charlotte Le Bon (The Hundred Foot Journey, The Walk) and Academy Award® winner Christian Bale (The Big Short, American Hustle, The Fighter, The Dark Knight Trilogy). The film, which premiered at the 2016 Toronto International Film Festival, is written by Academy Award nominee Robin Swicord (The Curious Case of Benjamin Button, Memoirs of a Geisha, Little Women) and Academy Award winner Terry George (Hotel Rwanda, The Boxer, In the Name of the Father), who also directed this epic tale. Open Road will release the film wide in the US on April 21, 2017 on over 2,000 screens, with Sierra/Affinity launching international sales of the film immediately.

Entertainment One (eOne) will distribute the film in Canada, the UK, Australia/New Zealand, Benelux and Spain as part of its partnership with Sierra/Affinity which commenced early last year.

“Robin and Terry’s story, so well told through the solid performances of Oscar, Christian and Charlotte, conveys a larger social message that will have a lasting impact of those who see it,” said Nick Meyer, CEO of Sierra/Affinity. “We are proud to be bringing this film to audiences around the world and I am particularly pleased to be re-teaming with Terry George after a great experience working together on Hotel Rawanda.”

It is 1914. As the Great War looms, the vast Ottoman Empire is crumbling. Constantinople, the once vibrant, multicultural capital on the shores of the Bosphorus, is about to be consumed by chaos.

Michael Boghosian (Oscar Isaac), arrives in the cosmopolitan hub as a medical student determined to bring modern medicine back to Siroun, his ancestral village in Southern Turkey where Turkish Muslims and Armenian Christians have lived side by side for centuries.

Photo-journalist Chris Myers (Christian Bale), has come here only partly to cover geo-politics. He is mesmerized by his love for Ana (Charlotte le Bon), an Armenian artist he has accompanied from Paris after the sudden death of her father. When Michael meets Ana, their shared Armenian heritage sparks an attraction that explodes into a romantic rivalry between the two men. As the Turks form an alliance with Germany and the Empire turns violently against its own ethnic minorities, their conflicting passions must be deferred while they join forces to survive even as events threaten to overwhelm them.

ABOUT SIERRA/AFFINITY LLC
Sierra/Affinity is a leading independent film finance, production and foreign sales company, consistently delivering high-quality, commercially viable feature films for a global audience. Sierra/Affinity capitalizes on the ever-evolving global film marketplace, representing sales of third-party films as well as its own productions designed to appeal to both the North American and global marketplaces. In addition to representing sales of third party films, the company acts as the exclusive sales agent for films developed and produced by Sidney Kimmel Entertainment, OddLot Entertainment, Bold Films and Sierra Pictures. Following Entertainment One’s (eOne) strategic equity investment in Sierra Pictures in January 2016, the international sales and distribution of films produced and acquired by eOne Features, as well as eOne-distributed films from The Mark Gordon Company, will be handled by Sierra/Affinity outside of Canada, the UK, Australia/New Zealand, Benelux and Spain, where eOne directly distributes films. The company is also compiling a slate of wide-release, director-driven commercial films with domestic and global appeal that will complement the slates built by its partners.

ABOUT SURVIVAL PICTURES
Survival Pictures was established in 2012 by the late legendary businessman and humanitarian Kirk Kerkorian – who appointed his mentees Esrailian and Anthony Mandekic as co-managers. With a mission of creating unique and specific content with social impact, Esrailian and his team at Survival Pictures developed and produced The Promise.