Terrific things are happening already ahead of the upcoming release of Kim Jee-Woon’s Illang: The Wolf Brigade. The film is set to open in Korea on July 25 while efforts toward a prequel are officially in motion according to a KoBiz report by Pierce Conran last Tuesday.

Webtoon writer Yoon Tae-Ho (Inside Man) is penning the script for the prequel which is being jointly developed by Kakao Pages and Daum Webtoon. The story is said to be set five years before Illang (formerly Inrang); there are any number of stories before and after Jin-Roh in the Kerberos saga to guess from seeing as how there are prequels to draw from on both ends, and so I’m not sure where Yoon is starting from. It’ll be interesting to guess too considering Illang is set nearly eighty years later compared to the alt-1950s Germany setting of the animated movie.

That news comes in lieu of reports a week later up to today, Tuesday, from Patrick Frater’s Variety exclusive that Netflix is sharing the weight in releasing the film to global audiences. The Lewis Pictures-produced film is being released domestically by Warner Bros. Korea.

In 2029, after the governments of North and South Korea announce a 5-year plan to reunify the country, strong sanctions by the world’s powerful nations cripple the economy and lead to a hellish period of chaos.

With the appearance of an armed anti-government terrorist group called The Sect which opposes reunification, the President creates a new police division called the Special Unit which amasses significant political power. However the intelligence service Public Security, which sees its own influence drop, hatches a plot to annihilate the Special Unit.

Amidst this bloody struggle between two ultra-powerful institutions, rumors emerge of a secret “Wolf Brigade” being formed within the Special Unit.

The human weapons who are called wolves, “Illang” (The Wolf Brigade). 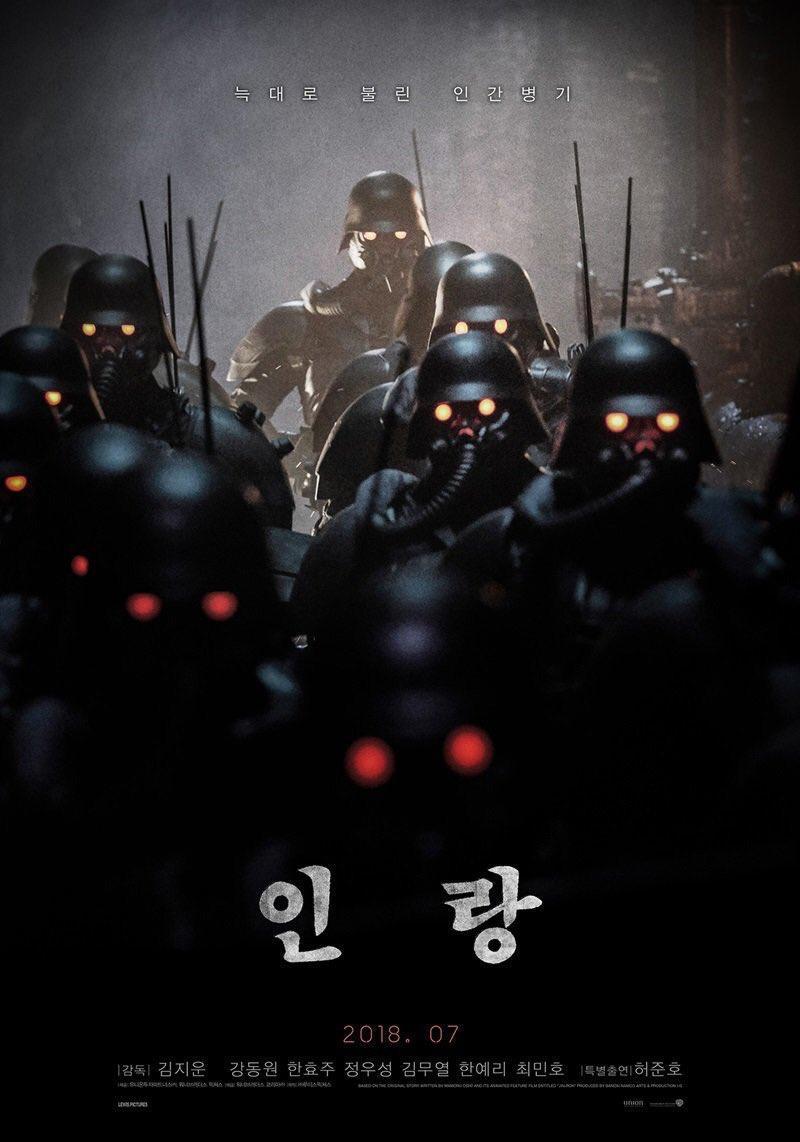