INUYASHIKI: Man And Machine Are One In The First Official Trailer

Director Sato Shinsuke is someone you’ve probably been keeping your eye on for the new year if you have an eye for live-action manga adaptations. He’s got two rolling out this year and first on the menu is Inuyashiki based on Oku Hiroya’s 2014 publication.

It’s a damn good package too, ripe with the use of an unlikely hero pitted against formidable odds. Actors Kinashi Noritake and Satoh Takeru lead the way for a story telling of an old man forced to face a looming threat in the form of a vindictive high school student following an explosion that renders them with extraordinary abilities by way of bionic implants.
Late December saw a teaser and as of this week, the official trailer has arrived courtesy of Toho for an April 20 release. Peep it below in addition to the official poster! 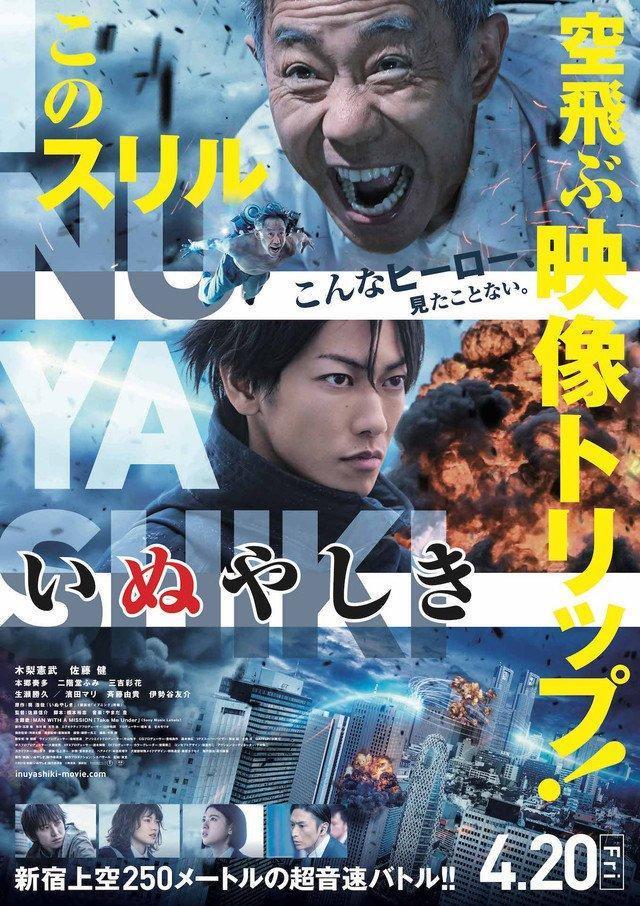 READY PLAYER ONE Readies A Fresh New Poster! DEN OF THIEVES 2 Is Officially In Development At STX