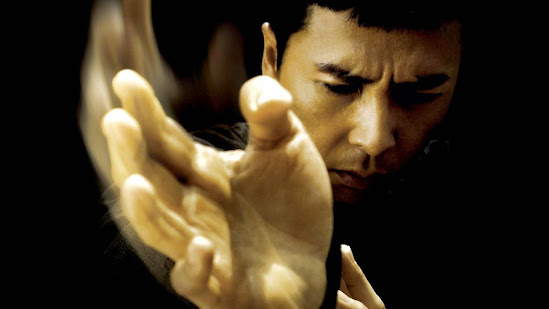 There’s no question that international action star Donnie Yen has had a massive and memorable career following his vast cultural upbringing in the states and abroad. His earlier career with Yuen Wo Ping before growing his own team which would see a diverse enlistment of names like Michael Woods, John Salvitti, Yuji Shimomura and Kenji Tanigaki have contributed greatly to his status as a Hong Kong superstar in film while wearing several hats from star to produer and director, and even crossing over between Asia, Europe, and for a time or two, Hollywood.

Needless to say, it’s been a hell of a ride for Yen who has since moved onto starting his own production banner, Super Hero Films back in 2013 with the looming possibility that he would retire his footing in front of the camera one day. He’s made conversation of it on multiple occasions, and such a topic now comes on the seven-year lifespan of surging popularity he’s received following his legendary execution of the title role, Ip Man for director Wilson Yip – the forth in a string of hits reviving the glorious aesthetic of Hong Kong action cinema between star and director since the 2005 crime pic, Sha Po Lang.
Ip Man was a box-office hit in 2008 following its sequel featuring Yen with fellow legends Sammo Hung and late action star, actor Darren Shahlavi in 2010, and while a third had been in development hell for the time being, Yen was still piling up on projects that still haven’t seen much news as of late, including his two projects for Super Hero Films – 70’s cop thriller Dragon City with director Derek Kwok and the 70’s kung fu drama, The Master with Soi Cheang directing. Then there’s the matter of the second part of Yen‘s most critically received film as of late, Iceman which ended up being split in two parts due to budget concerns among other things.
The list really does go on, what with Noodle Man still in the running, but now it appears Yen is ready to draw the line in the wake of the latest news of production finally kicking off for Ip Man 3D with Wilson Yip directing. Yen has been keeping to social media about this project much more in recent days while ramping up his own excitement in having actor and former world heavyweight champion boxer Mike Tyson on board for the film in addition to showcasing this final installment with a CG-hybrid performance of a young Bruce Lee, a point of the titular Wing Chun grandmaster’s own history.
Moreover, it was just today that Yen posted on Facebook that he would make Ip Man 3D the best movie of his career, and for good reason, as Jaynestars now forwards news that Yen plans on making Ip Man 3D, incidentally, his final film. As for whether or not that means his last film in front of the camera or on set in general remains to be seen, although the Jaynestars article does cite Yen stating issues pointed to creativity over physical endurance when it comes to action, specifically as he’s had to shred some weight for his role in its aging state.
So, what next? Of course, Crouching Tiger, Hidden Dragon 2 is still on par for this August with some much-needed info about Noodle Man and Iceman Part 2, but what of Dragon City or The Master, or even these titles? Those are questions that need answering, and hopefully those answers will be made clear long before then.
For now though, for better or worse, Ip Man 3D appears to be the final straw for Yen whose career has served a major purpose in embodying the genre and what it has become today. Cheers to Yen and his wife Cissy Wang, and while I won’t say goodbye just yet, I will say, Good Luck.

I’m setting the goal for Ipman 3 to be the best movie of my career ! Lets bring it on!!
Posted by Donnie Yen-甄子丹 Official on Friday, March 27, 2015

Jake Gyllenhaal Fights For His Comeback In The New Trailer For SOUTHPAW Check Out An Extended TV Spot For TERMINATOR: GENIYSYS