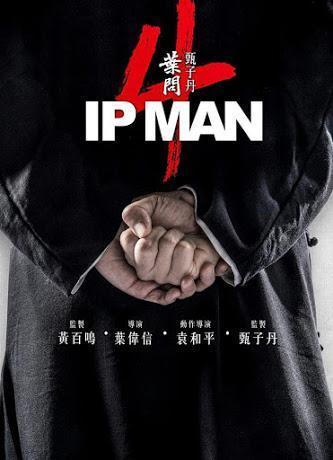 The past several years have been headline making for martial arts star Donnie Yen. Pairing with Wong Jing for an Enter The Fat Dragon revival in addition to confirming a live action for Sleeping Dogs and finishing MMA drama, Big Brother, are all a priority among others for the actor who has since weighed in with word that he’ll be shooting Ip Man 4 next month.
The news, forwarded from Chinese media at On.cc by way of Jaynestars this week, came as Yen was reportedly visiting his family in Australia with further details suggesting the new installment, to be directed by Wilson Yip for another turn at the helm, would see the Wing Chun grandmaster searching for his disciple, Bruce Lee, in the 1960s-set United States. Next to the unlikely return of actress Lynn Hung whose role as his wife, Cheung Wing-sing, it is not yet clear if actor Danny Chan, prolific for iconically portraying the late Jeet Kune Do founder both on television and in the preceding hit threequel of the Ip Man franchise, will reprise the role.
The Ip Man film series launched in 2008 with Donnie Yen hailing the title role and setting a trend that would see the iconic real-life Wing Chun legend played continually in other incarnations by other actors on film and TV. The Yip-directed trilogy has earned well over $210 million dollars on top of achieving rafts of wins and nominations with Bests in actor, director and action choreography.
A spin-off also remains pending from Yuen Woo-Ping titled Ip Man Legacy: Master Z, which stars Ip Man 3 antagonist Zhang Jin opposite Dave Bautista and the legendary Michelle Yeoh, and with an appearance by fellow international star Tony Jaa.