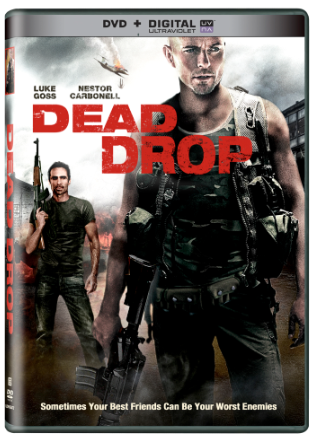 Luke Goss fans can get a load of more action to come when his new film from director R. Ellis Frazier, Dead Drop, releases the summer. The film, shot a few years ago on-location in Baja, Mexico from a script by Ben Budd, is one in a handful of action thrillers the multifaceted action hero has continually been working on in recent years, with a few more on the way later this year as well. For now though, fans can set the date for July 8 when Dead Drop finally releases on DVD (plus Digital UltraViolet), Digital HD and Video on Demand, courtesy of Lionsgate.

Goss is joined by Nestor Carbonell, David Del Rio, Carolina Castro and Cole Hauser. Check out the trailer below the synopsis.

When Michael miraculously survives being shot and pushed out of a plane, he wakes to a living nightmare. With his memory impaired and psychotic tendencies beginning to develop, he defies the orders of his CIA handlers and re-inserts himself into a dangerous Mexican smuggling ring, where he was operating deep undercover. The answers he’s looking for can only be found in the underbelly of Northern Mexico. He must find the man he believes threw him out of a plane in order to save himself, as well as the woman he loves.