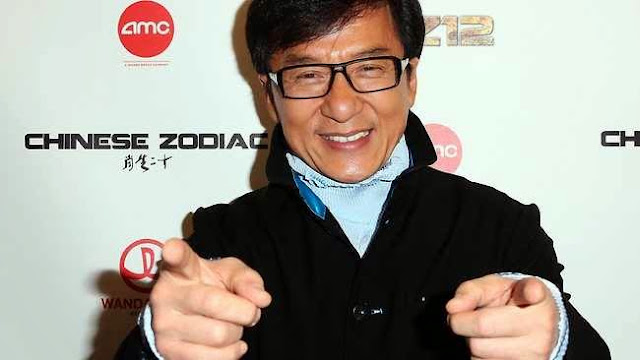 Things are going nuts over in Cannes this week. And for Jackie Chan fans, there’s good reason.

It appears there is much ado about a lot of things that are worthy of mention for the international action superstar who is currently on the way with the production of director Sam Fell’s new film, Skiptrace, as well as Daniel Lee’s period actioner, Dragon Blade with co-star Mel Gibson, helmer Breck Eisner’s forthcoming sequel to The Karate Kid, a third Kung Fu Panda by next Winter and a yet-to-be-confirmed fourth Rush Hour movie just itching to be made official.
Well, all this basically eschews any speculation of the action star’s retirement coming anytime soon, as a new report says that Chan will star in a new English-language action thriller titled Civilian, for Grudge Match helmer Peter Segal. Produced by Basil Ilwaynk for Thunder Road, the film will center on Chan who plays a salesman who finds himself at the center of a terror attack at an arms convention.
Thunder Road is also behind the releases of gritty features such as the upcoming crime drama, Sicaro, Keanu Reeves’s revenge vehicle John Wick and actor Gerard Butler’s period flick Gods Of Egypt, which might hint at Chan‘s newly announced project as something more equally gritty in tone like his most recent cop drama, Police Story 2013. Very appealing stuff in my opinion.
The film is also acquiring female lead to star alongside Chan in the weeks and months ahead as things just begin to pick up with further casting announcements by the film’s production slated to start early next year in Johannesburg, South Africa. As for Chan‘s rest and relaxation, your guess is as good as mind. Stick around!
H/T: Variety

The New Poster And Trailer For MAN ON HIGH HEELS Unleash Inner-Femme Fury! THE FLASH Speeds Onto Television With A New Trailer