Indeed there have been developments over the last several years or so regarding the long-gestating development of Rush Hour 4, among other titles. Various interviews and trade blubs have surfaced to substantiate this, although it appears that more local mediums will need further scruitny with word from action star Jackie Chan’s own people pertaining to recent false rumors of forthcoming casting and auditions for the film, as well as a sequel to Harald Zwart’s The Karate Kid which had actor Jaden Smith set to recur.

It’s been 12 years since the Rush Hour trilogy raked in over $850 million dollars in the box office, and even the stars themselves, including Chan in 2017, took to media outlets in the last few years speaking on the film’s behalf with respect to its development. As for Zwart’s The Karate Kid, any push on that may need more evolution considering Sony TV is already paving the way for nostalgia following the season one success of sequel series, Cobrai Kai, spinning-off from the original film trilogy with actors William Zabka and Ralph Macchio reprising their roles again in season two.

At any rate, there’s a reason why guys like me try to report news slowly and with a bit more brevity. Unlike my recent April Fools’ mishap, I’m glad I caught onto this little Twitter blurb from JC Group so we can get our footing back some. Whatever happens, these films will happen on their own time and terms, and not simply based on some rumor. 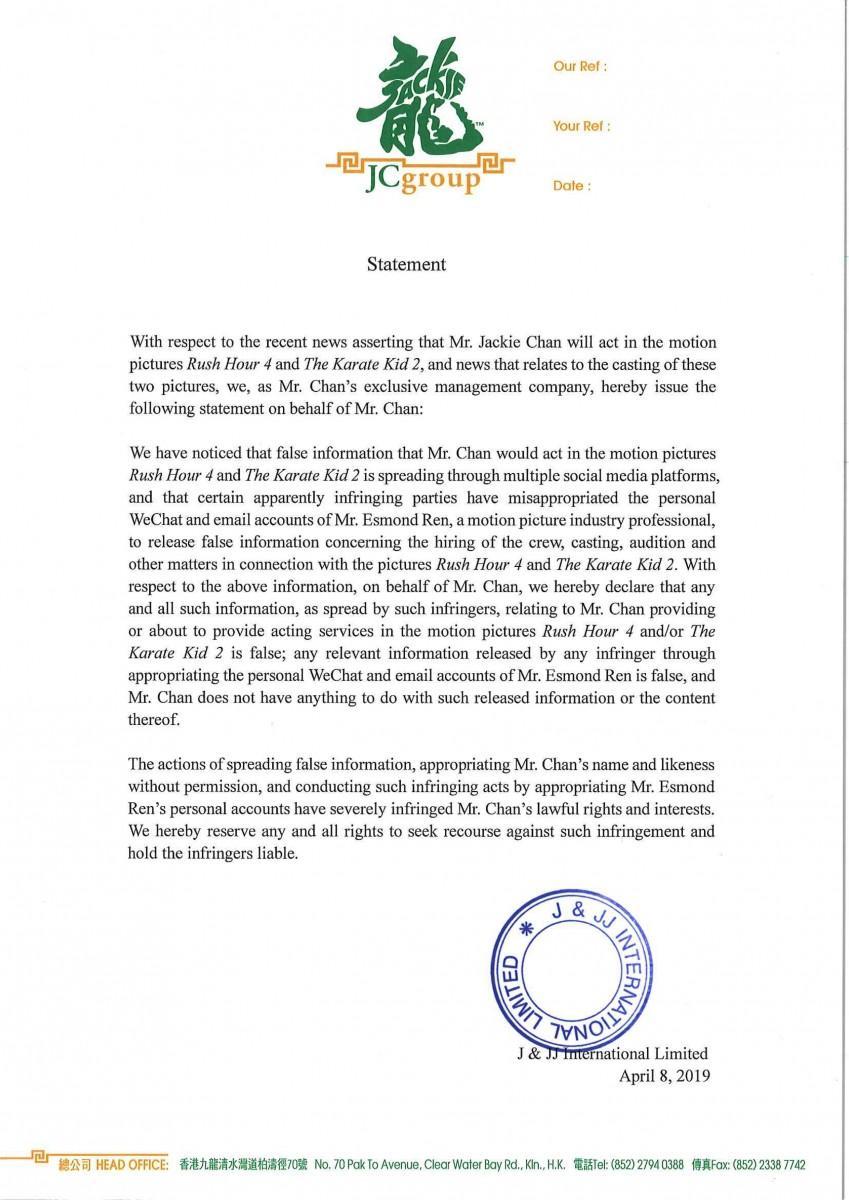 THE INVINCIBLE DRAGON: Max Zhang Stares Down Death In The Newest Trailer AVENGEMENT: Scott Adkins Comes Home For A Pint And Some Payback This Summer In The UK