James Wan Is In Talks To Direct ROBOTECH For Sony 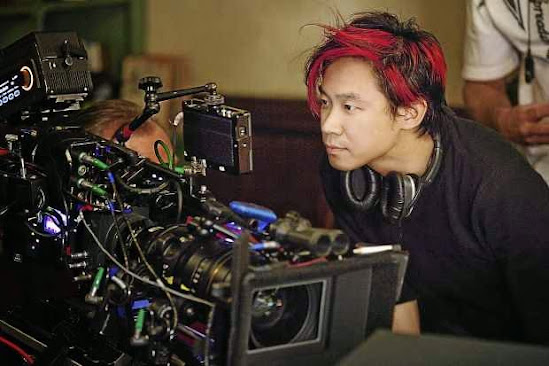 It wasn’t until February this year, eight years after sitting in limbo, that Warner Bros. decided to pick up the base on adapting the 1985 Harmony Gold USA/Tatsunuko Productions hybrid animated series, Robotech, for a live-action production via their Hollywood Gang banner. While the production has since switched hands over to Sony Pictures last month, a director was still being sought for with Mama helmer Andy Muschietti in talks at the time, but the prospects have only been greater as at least one director has shot his way to several commercial and critical milestones in the last four weeks, ultimately getting the studio’s attention.
With this, we now pan over to Furious Seven director James Wan, better known for his principle work on the horror genre with the 2004 thriller, Saw as well as Insidious 1 and 2, The Conjuring and its forthcoming sequel, with a noteworthy mention of his 2007 revenge pic, Death Sentence. Of course, its the former that has gotten Sony’s attention making certain to bring Wan to the table now with the hopes that he’ll take to task with Robotech, according to Deadline. Producers Mark Canton and Gianni Nunnari are on board with a script by 300 scribe Michael Gordon centered on two young pilots who, with the help of giant robots crafted from crash-landed alien technology, become Earth’s last hope against waves of attacks from intergalactic warriors looking to retrieve their flagships energy source, “the protoculture”. Sony Pictures Entertainment Group President Doug Belgrad, Columbia Pictures Production Chief Michael De Luca, and Sony Pictures Vice President of Creative Production Matthew Milam are overseeing.
Wan‘s success rides on a wave of support from fans this Spring with the turnout for Furious Seven to the tune of well-over a billion dollars, breaking box-office records in the U.S. and abroad, and even beating out Disney’s animated feature, Frozen within its first few weeks, and for this, Wan has plenty of options on the table.
The director is currently attached to the development of a live-action graphic novel adaptation of Malignant Man for Fox as of last year, and as of earlier this month, is in the running for Warner Bros.’s DC property, Aquaman for which Jason Momoa is expected to star. Of course, another option is to return to Universal Pictures for the pending follow-up, the tentatively-titled Furious 8, which made headlines this month at CinemaCon where franchise star, actor Vin Diesel announced its release date for April 14, 2017.
Stay tuned for more info!

TO THE HASHI: What The Hell Was So Wrong With Man of Steel?! Watch The Trailer For Malay-Language Sports Dramedy, BANTING!