Jamie Dornan Set To Lead THE SIEGE OF JADOTVILLE Next Year 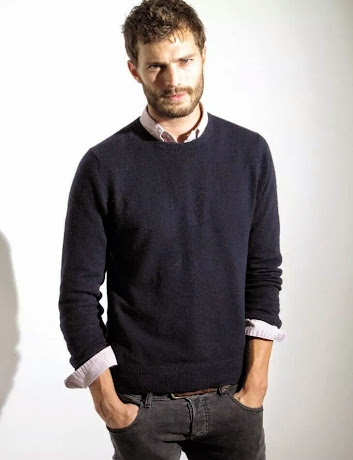 The Beyoncé crowd may be the ones flooding the theaters for next year’s Valentines’ Day week release of director Sam Taylor-Johnson’s 50 Shades Of Grey next year, with lead actor and former Calvin Klein model Jamie Dornan in the lead role. Gladly however, swooning the female moviegoing demographic won’t be all for the actor by then, who now has at least one other new in the works – a new political action thriller titled The Siege Of Jadotville. Here’s the skinny:

Based on a true story, the film centres on the siege of 150 UN Irish troops in the Congo in 1961. 150 UN Irish troops led by Commandant Pat Quinlan in the Congo in 1961, after the Pro-western leader Moise Tshombe took control of the Katanga region and killed the Congolese leader Patrice Lumumba. Jamie will play Commandant Pat Quinlan, who led the troops during the crisis. He led the UN battalion as they held out against a force of 3000 local troops led by French and Belgian Mercenaries working for mining companies.

The story has since been adapted in several mediums in print and video. Music video director Richie Smyth will be making his directorial debut for the new epic thriller with producer Alan Moloney on board. “I can’t wait to get stuck into Jadotville,” says Dornan. “It’s an unbelievable story and Commandant Pat Quinlan is going to be a treat of a character to tackle.”.
The Irish/South African co-production is set to begin filming next Spring.
H/T: Independent Entertainment, Jamie Dornan