Warrior – Season 1: Episode 5 “The Blood and the Shit” Finding One’s Purpose within

AN AUTUMN´S TALE Review: A look back when Chow Yun Fat fell in love with Cherie Chung on the streets of New York

WILLY’S WONDERLAND: Get Caged In Horror With Cage In The Official Trailer

A WRITER’S ODYSSEY: CMC Ramps Up Lu Yang’s Formerly-Titled ‘Assassin In Red’ For A CNY US Release In February!

MORTAL KOMBAT: Prepare Yourself With These New Stills From The Upcoming Reboot Starring Lewis Tan

CHERRY Trailer: Tom Holland Is A Fourth Wall-Breaking Bank Robber With A Story To Tell

THE KILLING OF KENNETH CHAMBERLAIN Launches Sales At Voltage

In the opening scene of Jesse V. Johnson’s film, TRIPLE THREAT, Payu (Tony Jaa) and Jaka (Iko Uwais) meet in a Maha Juyan jungle setting during a high stakes rescue mission. They fight briefly amid the chaos of gunfire, each of them instantly delivering a whirlwind volley of homespun moves from their respective catalogues – these familiar to anyone that has followed their separate, impressive oeuvre. And though that initial fight ends briefly, it’s exclamation a bomb detonation that interrupts the melee, the scene still plays to the sort of wish fulfillment that lies at the foundation of many a speculative debate among fans of the martial arts genre. In this way Triple Threat’s premise is a promise, and the rest of its runtime delivers in generous servings.

Warrior – Season 1: Episode 5 “The Blood and the Shit” Finding One’s Purpose within

AN AUTUMN´S TALE Review: A look back when Chow Yun Fat fell in love with Cherie Chung on the streets of New York

The jungle sequence is the catalyst, introducing us to many of the stars (Michael Jai White, Tony Jaa, Tiger Chen, Michael Bisping, Dominiquie Vandenberg, Ron Smoorenburg, and the always awesome JeeJa Yanin from 2008’s action/drama tableau Chocolate, an import from Thailand) as an elite crew of mercenaries-for-hire on mission to rescue one of their own, Collins (played by an at-first unrecognizable and heavily bearded Scott Adkins). Jaka happens to be sleeping when awakened by the sound of gunfire. He is in a cabin with his wife when stray bullets perforate the straw-bale walls, killing her and wounding him. Uwais reminds a bit unfavorably of Tobey MaGuire here as he is shown mourning his wife, but luckily the script swiftly plays to his strengths by having his character take up an assault rifle and head out into the commotion in search of her killers. Here he meets Jaa, his attempt at vengeance is unsuccessful while the rescue mission, on the other hand, plays out according the team’s plan. But in leaving Jaka alive, the team has earned a new enemy in what is established as a revenge plot that gets the narrative going. But this is just one of the film’s story arcs, mind you. It’s not overstuffed, which is good news for the intended audience -signed on to witness the loads of action promised by the picture’s marketing push.

After the rescue mission is complete, we move more into the central plot, which was intercut in the opening moments with what goes down at Maha Juyan, during which wealthy businesswoman Xian (Celina Jade) is seen leaving her high rise office building with bodyguard Fei Chen (Jennifer Yang).

We find out why she is important to the story from a newspaper headline: “Chinese Heiress Tian Xiao Xien Donating Family Fortune To help Curb Crime Syndicate.” Naturally, this doesn’t sit well with the crime boss, played by Monica Mok. A hit is swiftly put out on Xian, the merc team (minus two) takes the job. These two are Payu and Tiger Chen’s Long Fei, who together are making ends meet in underground fighting matches. It bears mention here that neither Payu nor Long Fei shot the bullets that killed Jaka’s wife, but the dramatic irony of him not yet knowing this makes for an electric sequence to follow as revenge seeking Jaka tracks them here, evidently in Thailand if the large elephants are any indication (those elephants being a mainstay of films featuring Jaa). We get a raw showcase of all three of the talented fighters here, Jaa bringing the verve of elbows and knees in a scene framed with a similar color palette from Ong Bak, a welcome choice. Jaka and Long Fei face off this time, the revenge plot set in motion in an intense “Remember me?” moment, and everything pops off with the buoyancy you’d expect from the triumvirate calibre, all of it captured with qualified camerawork.

Without spoiling much, let’s say that it turns out these three, Jaka, Long Fei, and Payu end up being the titular Triple Threat, as what follows finds them joining forces and being the barrier between the team of mercenaries and their quarry.

Both in marketing and presentation, the film is presaged as The Expendables of the martial arts world. This is both true and false at the same time; true, in the sense that it boasts a cast packed to the brim of martial arts action stars, but false in that most of them are on the bad side of the coin. Maybe that’s the jeu de mots of it, since, as bad guys, many of them are essentially (and veritably) expendable. Well..

Fans of the genre will enjoy the fights and not care much for the limitations in the story department. There’s more humanity than might be expected however, in that actors notable for their fight skills and stoic remarks are seen here delivering humorous turns (Tony Jaa and Tiger Chen especially) as well as some dramatic latitude. I was a little unfair to Uwais in the beginning, for instance. I liked a scene, early on, when he is burying his wife and says to her freshly filled grave, “Please forgive me for what I have to do.” It lends the film its heart and to his character agency, and though his arc is somewhat shortchanged in the effort to balance attention to the other characters and big names with which he shares the screen, I found myself judging most of the proceedings against the weight of his dilemma.

The story is a tug of war with many narrative strands pulled in various directions, but Uwais’ Jaka is the nexus of the rope. Anyone paying attention will notice some telegraphs to climactic fight match ups, but they’re all welcome enough. Michael Jai White and Scott Adkins don’t get much to do in the fight department until the end, but they each chew the scenery enough to make up for it. And when those fights come, oh boy -hold onto your hat!

The battles are competently shot, which is saying a lot; with the amount of fight prowess on deck, the skill behind the camera and in the stunt coordination departments needed to match it to a T to do any of it justice. The ending doesn’t suggest that there will be a sequel, which is bad news for those Expendables fans hoping for a similar trajectory. But I look forward to more from this director, Jesse V. Johnson. Hell, I look forward to more from this cast as well!

Triple Threat will release on VOD/Digital HD from Well Go USA this Friday, and will also screen next month for the fourth Fighting Spirit Film Festival at the Mockingbird Cinema & Kitchen at Birmingham. More to come… 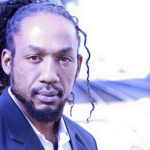 Khalil is a personal trainer, as well aa writer, martial artist, and independent filmmaker. He lives and works in Orlando, FL.