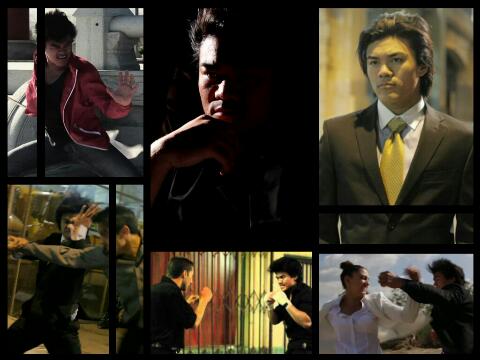 Jimmy Chhiu, originally from Santa Rosa, California, is a professional athlete, up-and-coming actor, stunt performer and filmmaker, and a regular practioner of Wushu and Taijiquan who occasionally dabbles in other martial arts styles. With just a few years in the industry, according to his IMDb page, Chhiu is already heavy working toward accomplishing his goals on both TV and film, as well as in the independent action film industry.

His efforts have lended him opportunities to share the screen with the likes of, Leo Howard on Disney XD’s Kickin’ It, a small role in Act Of Valor, and featured roles in independent action films with such martial arts directors as Shaun Charney from Dragon Phoenix Entertainment, Anna Ranoso, Narayana Cabral and Micah Brock from Whirlwind Action. As an actor perfecting his craft, he idolizes Marlon Brando and Jackie Chan and their previous achievents as iconic film figures who have further evolved the film business into what it is today, saying a lot about the high standards he holds himself to as an up and coming performer.

Set to the upbeat tempo and funky sound of “This Head I Hold” by indie electronic pop-rock band, Electric Guest, Chhiu has just unveiled his latest new action reel for 2013, illustrating his physical prowess in martial arts, as well as his own filmmaking abilities as an editor and director. Watch:

Chhiu can be seen starring in the upcoming season finale of the action webseries fan favorite, Slug Street Scrappers 3. You can view the trailer by clicking HERE. And don’t forget to subscribe to Chhiu’s YouTube channel.