Joe Carnahan Just Might Be The One To Complete The BAD BOYS Trilogy! 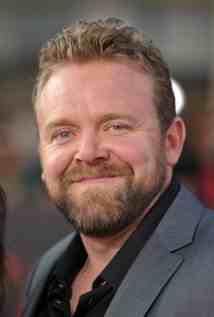 A trilogy so far twenty years apart is a LONG time to wait for a third to happen, as particularly arduous as it’s been for Sony’s work on Bad Boys 3 following the sequel twelve years ago. The past few years seemed to show signs of life though, specifically with Safe House scribe David Guggenheim attached to write the script back in 2013 prior to fellow franchise lead Martin Lawrence lending some lip service on Conan last year.
This time, a new Deadline report is helping make things all the more clearer and prosperous with word that The A-Team and The Grey helmer Joe Carnahan is currently eyeing a place in the director’s chair. If confirmed, he would ultimately replace Michael Bay who directed the first film in 1995 with Lawrence joining Will Smith before its sequel. Smith is currently busy filming Suicide Squad for Warner Bros. although the word is that they’re seeking for the film to be Smith’s next thereafter.
The A-Team didn’t do so well at the box office while I had been pining for a sequel that won’t happen, despite the film being wondrously entertaining, and his previous work on the BH Tilt action comedy release, Stretch, last year earned warm results, so it makes sense that Carnahan would be the one to pick. Other than that, what are your thoughts? Talk to us on Facebook or in the comments below!

Marvel's Daredevil Gets A New Logo And Finds Its ‘Punisher’! BROTHERS Wage War On Both Sides Of The Ring In The New Trailer