KAMEN RIDER REVICE: A Primer For The Next Installment Of The Tokusatsu Saga 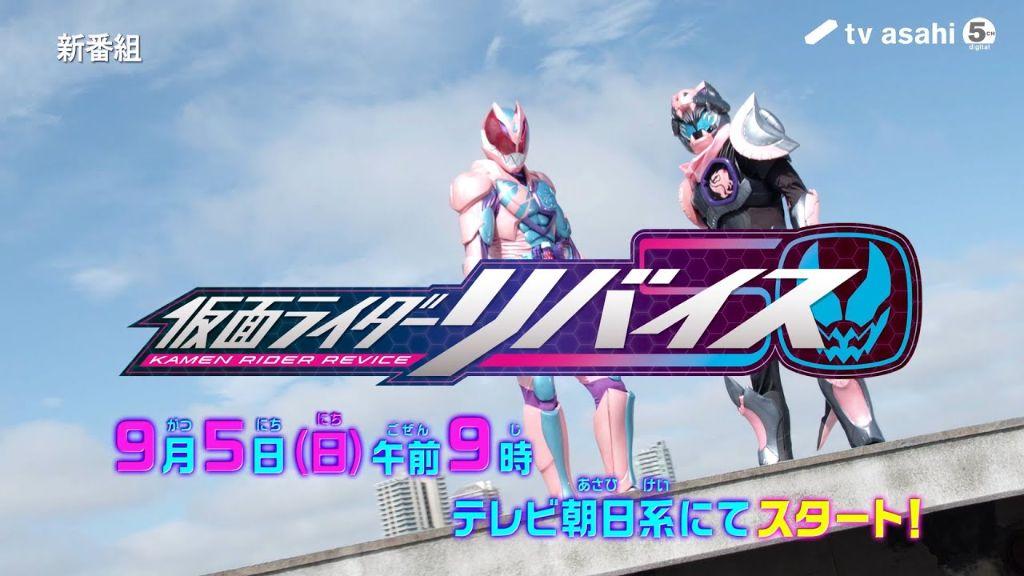 The 50th Anniversary of the legendary tokusatsu series Kamen Rider is well underway, and the upcoming show already has started to excite. What do we know about the new Rider, his powers, allies, and villains, so far? Read on to find out more before the show premieres on September 5th!

As translated by Tokusatsu Network, the official synopsis is as follows:

The show notably features a first for the series, with Revi and Vice’s powers both coming from the same Belt. While a similar theme has been explored with Kamen Rider W’s two in one Rider, there has never been a two-for-one package such as these Riders.

While we don’t know much about Deadmans at this time, what seems to be the primary antagonists were showed off in the trailer released after the late July press conference for the show.

Per TV Asashi, this is the cast we know so far:

While lead Maeda is rather new to the Industry, co-lead Kimura is no stranger to tokusatsu or acting, with credits in several Tokusatsu, and anime including Jujutsu Kaisen and Yu-Gi-Oh! VRAINS.

The Belt, Gimmick Items, and Bike

Protagonist Ikki uses the Revice Driver to transform himself, and Vice, into Kamen Rider Revi and Vice. The Vistamps, with powers based on animals, are all tied to previous Riders in some fashion, though not all are immediately clear how. By using the Vistamps with the Belt, Ikki can change forms and powers to fit the changing conditions of battle.

The bike for Revice also breaks new ground, as it is an actual hoverbike! The bike was developed by A.L.I. Technologies.

The vehicle, called the XTURISMO by it’s creators, represents what they believe will “…demonstrate to both children and adults alike the future they had previously only dreamt about will soon no longer be just a fantasy.”

What Else Do We Know?

You can view the trailer, uploaded by Twitter User KRSentai, here, to see the new Riders and some of the villains in action!

What’s sure to be a unique and exciting season of Kamen Rider begins on September 5th. Be sure to keep up with the show and more tokusatsu news with us here at Film Combat Syndicate!