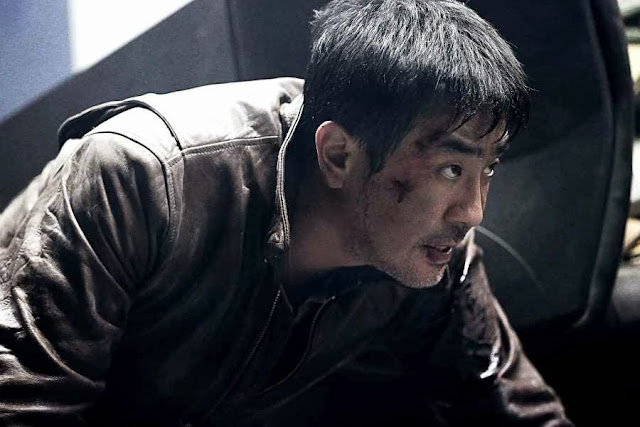 Prior to previously announced plans for an American reboot to French director Fred Cavaye’s 2010 hostage thriller, Point Blank, it appears CJ Entertainment and Gaumont have beaten Mark Wahlberg’s Leverage banner to the punch with a Korean remake in the form of Yong Film’s latest The Target, produced by Syd Lim and directed by Death Bell helmer, Yoon Hong-seung (a.k.a. Chang). And this week, we now have a brand new trailer to accompany the film’s promotional campaign ahead of its TBA April/May release date.

Once a skilled mercenary, Yeo-hoon now leads a normal life. One day he goes on an errand and enters an office to discover a man murdered. The killers also attack and chase Yeo-hoon who is shot and wheeled off to a hospital. The murdered man is identified as a corporate leader and Yeo-hoon becomes the prime suspect. Yeo-hoon is admitted to the hospital where Tae-jun, who leads a happy life with his pregnant wife Hee-joo, works. While on night duty, Tae-jun saves Yeo-hoon from the killers. The next day, Hee-joo is kidnapped and Tae-jun receives a phone call demanding Yeo-hoon to be released from the hospital for Hee-joo’s life. To save his wife, Tae-jun helps Yeo-hoon escape from the hospital and together they embark on a dangerous 36-hour pursuit.

Get Your Sexy Female Agent Action Kicks In The Explosive New Trailer For AMEERA Danger Comes From All Directions In The New Poster For THE RAID 2!