KUNG FU Gets A Reboot With Director Bill Paxton

In a recent interview with Larry King, actor Bill Paxton has confirmed he will be directing a theatrical martial arts western reboot of the classic television series for Legendary East, the Asian branch of film production company, Legendary. The news comes just two years after Deadline announced plans for Paxton to direct the film in October of 2011.
Kung Fu originally ran as an ABC television series preceded by the feature-length film. The series ran from 1972 through 1975, and was revived eighteen years later in the form of a spin-off titled Kung Fu: The Legend Continues. All three installations starred actor David Carradine as Kwai Chang Kaine, a shaolin monk whose story is told in the first series as he ventured from his home in the temple through the old West in search of his brother. The Legend Continues brought back Carradine reprising his role opposite actor Chris Potter who played his detective son during the show’s four year run. 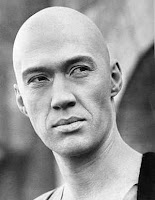 After serving in the army, despite no formal training until after Kung Fu ended in 1975, David Carradine has long since been an extensive cult icon in film and television. In addition to being a musician, he also served as a multifaceted filmmaker, as well as a spokesperson for Tai Chi instructional videos and authentic swords over the years. Some of Carradine’s most notable work includes the 1975 cult classic, Death Race 2000, his quadrual performance in the 1978 rendition of Bruce Lee’s “The Silent Flute” which eventually became Circle Of Iron, the 1983 classic action film, Lone Wolf McQuade, the contemporary 2-volume homage to retro Shaw Brothers kung fu cinema, Kill Bill, and the 2008 rawnchy prison action comedy, Big Stan.

Carradine passed away in Bangkok, Thailand on June 3, 2009 at the age of 72.
Watch the video and stay tuned for more info.

[UPDATED] Get A Behind-The-Scenes Look At ONCE UPON A TIME IN VIETNAM! The Avellán Twins Save The World In Just TWO SCOOPS