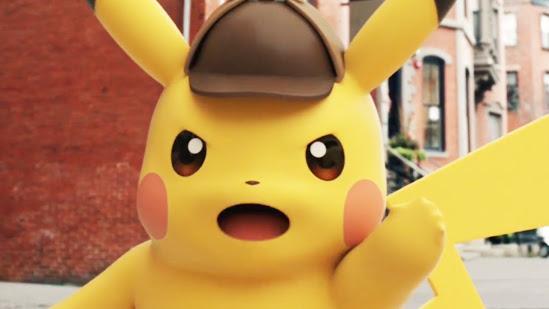 It was a little over a week ago that Legendary Pictures stirred talk over a possible live-action feature film based on the fan favorite Pokèmon game and media franchise which launched in 1995. The hit mobile app, Pokèmon GO launched within a span of 2 weeks this month worldwide and propelled Nintendo’s 25% stock value by about $9 billion dollars, and not without its fair share of varying matters of controversy from its intrusiveness by players on various private and public properties as they journeyed to collect the iconic virtual monsters, to several reports of accidents, and even the angering, teething glitches it would befall from time to time.

Nevertheless, don’t let the naysayers fool you. Supporters of the game are hardcore with Pokèmon already sustaining itself a significant fanbase in the last 20 years through games, animated series and films and other media. Since then, time would only tell when a live-action feature film would occur and who would be included; even I expected that a live-action film surrounding the franchise’s human protaginist, Pokèmon adventurer and collector Ash Ketchum would be the center of his own film. Apparently that isn’t meant to be, while without any further ado, Legendary Pictures and The Pokèmon Company have stopped dancing around the idea and are confirming efforts to make the live-action feature film led by Pokèmon franchise favorite, Pikachu (as a detective), a reality.
Universal Pictures will handle distribution in territories outside Japan where Toho will release the film following principal photography next year.
H/T: Deadline

Watch The Latest Official Trailer For THE GIRL ON THE TRAIN Go Ringside With These Brutal New KICKBOXER: VENGEANCE Stills!