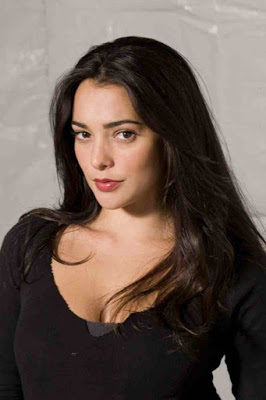 With one of the biggest and more prominent ingredients in television being the application of martial arts fight sequences, it’s without argument that the upcoming television series, Warrior, would have been a hit for NBC if they snagged it for series. Unfortunately they missed their chance several months ago and the show was without a network, leaving the show’s producers at Universal TV with the hopes of finding a new home for the series, and now they have.

Deadline reports Fox is now picking it up and starting from scratch with an entirely new script which focuses on a broken heroine’s vigilant fight for justice with the help of a mystical martial arts master. Actress Natalie Martinez was last cast to lead the show with Will Yun Lee and Holt McCallany among others upon filming the pilot earlier this year, so further updates are pending on what changes and doesn’t for the cast. Fox, however has brought the same team back on board to fully realize the show’s potential, including Traveler creator Phillip Noyce directing, executive producer David DiGilio and scribes Walter Parkes and Laurie MacDonald.
Expect things to happen for Warrior in 2016 as we close the year out!