Marvel And Netflix To Double Team For 2015 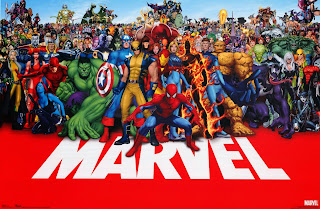 On the eve of the North American 2D/3D/IMAX premiere of Alan Taylor’s Thor: The Dark World, comic book movie giant Marvel is launching its next big step to bring the action home with the aid of digital platform, Netflix.

What’s even more particularly interesting here is that one of the series/mini-series programs will revive the character Daredevil once again since Mark Steven Johnson’s previous 2003 efforts were followed by an abandoned push for the film accompanied by the departure of A-Team helmer Joe Carnahan last year. The characters also listed include Heroes For Hire characters Iron Fist and Luke Cage, the former having been previously reported for a potential live-action feature was planned at one point with actor and martial arts impressario Ray Park, who last expressed his own continued hopes to play the role back in 2009; the latter was also hyped with actors Idris Elba (Pacific Rim) and Michael Jai White (Favela) named as hopefuls for the role of Luke Cage/Powerman. 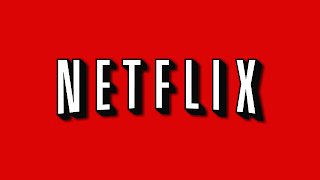 The news also comes in light of the demise of long-time movie rental delivery outlet Blockbuster, a move that undoubtedly gives platforms like Netflix plenty of momentum to captialize on with digital streaming now in consumer demand. And speaking of momentum, this week’s press release should also shed some light on the current developments of Marvel’s brand new franchise in the form of malleable teenage superheroine Kamala Khan, the company’s first Muslim-American polymorph for Ms. Marvel.

Just when you think Marvel’s plate is full, they’re already asking for seconds and thirds. I think it is safe to say superheroes and movies aren’t going away anytime soon. And if that is the case, well…sorry China.

Check out the press release courtesy of ComingSoon.net:

Led by a series focused on “Daredevil,” followed by “Jessica Jones,” “Iron Fist” and “Luke Cage,” the epic will unfold over multiple years of original programming, taking Netflix members deep into the gritty world of heroes and villains of Hell’s Kitchen, New York. Netflix has committed to a minimum of four, thirteen episodes series and a culminating Marvel’s “The Defenders” mini-series event that reimagines a dream team of self-sacrificing, heroic characters.

Produced by Marvel Television in association with ABC Television Studios, this groundbreaking deal is Marvel’s most ambitious foray yet into live-action TV storytelling.

“This deal is unparalleled in its scope and size, and reinforces our commitment to deliver Marvel’s brand, content and characters across all platforms of storytelling. Netflix offers an incredible platform for the kind of rich storytelling that is Marvel’s specialty,” said Alan Fine, President of Marvel Entertainment. “This serialized epic expands the narrative possibilities of on-demand television and gives fans the flexibility to immerse themselves how and when they want in what’s sure to be a thrilling and engaging adventure.”

“Marvel’s movies, such as ‘Iron Man’ and Marvel’s ‘The Avengers’, are huge favorites on our service around the world. Like Disney, Marvel is a known and loved brand that travels,” said Netflix Chief Content Officer Ted Sarandos. “With ‘House of Cards’ and our other original series, we have pioneered new approaches to storytelling and to global distribution and we’re thrilled to be working with Disney and Marvel to take our brand of television to new levels with a creative project of this magnitude.”

[UPDATED] The New Trailer For ROBOCOP Thanks You For Your Cooperation Watch THE WHITE RANGER VS. SCORPION Now On Machinima!