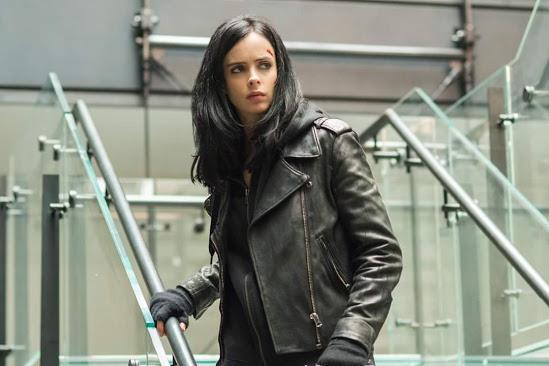 In case you’ve been asleep, Marvel’s Jessica Jones is back to wake you up with a brand spanking-new trailer. The show is arriving in ten days on Netflix and with as much emotional drive the previous trailer had, this one packs just as much intensity with a fair load of thrills, chills and sexiness to boot.
Krysten Ritter leads the cast based on the famed Marvel property as she’s forced to confront her past and become the hero the city needs in the face of alluring evil and darkness emitted by Kilgrave, played by David Tennant. All eyes currently lie here as the next phase of the Marvel/Netflix universe with the next season of Daredevil, followed by Luke Cage, and Iron Fist and The Punisher both in contention leading up to The Defenders in a few more years.
Watch the final trailer below!

Jessica Jones – Final Trailer – Only on Netflix
A hard-drinking, short-fused, mess of a woman…and we wouldn’t change a thing. #JessicaJones
Posted by Marvel’s Jessica Jones on Tuesday, November 10, 2015