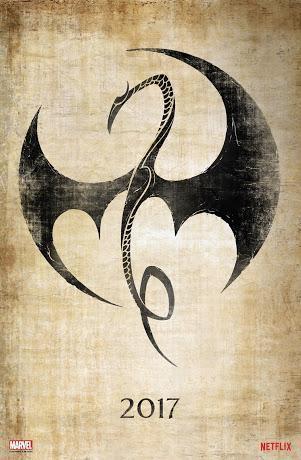 Research the fan fervor of Marvel as of late since last week’s premiere of Luke Cage on Netflix, and you are bound to come across some pretty silly, and rather racist reactions to it by racists who think the show is too black. Click here if you think I’m kidding. Apart from that, however, you will also find some of the best reviews ever written for the show. It’s a pattern that nonetheless proves evident of the good work being done since Daredevil and Jessica Jones took off and with several more programs in the works, including more seasons for the latter two shows. Sorry racists, not sorry.

On that note, time will tell if Luke Cage gets either a second season as well, if not a different title – one befitting to welcome actor Finn Jones who has since taken the stage for the title role of the new Netflix series, Marvel’s Iron Fist. The show garnered favorable attention this summer at SDCC with a first look trailer centering on Jones as Danny Rand who gains mystical kung fu powers to help take on New York City’s criminal underbelly after having gone missing for years. Of course, the show’s hype didn’t subside some reactions from those hoping for an Asian-American lead to help undo the usual white savior tropes that have corrupted mainstream film and television. And there definitely is a case to be made there regardless of how some may feel.
At any rate though, the least we can hope for is another good run by Marvel who have been on a tremendous, upworthy streak with its programming via Netflix. And to that, a damn good performance by Jones to accomodate the grade-A stunt and fight choreography that will ensue for the show; the team itself is a great bunch – I’ve written about a number of them on numerous occasions, and even met some of them in person this year. Honored.
I personally look forward to this show when it premieres on March 17 next year. Netflix just announced it this week in a new teaser, so take a look!

THE HIT LIST: October 3, 2016 HiGH&LOW: THE RED RAIN Pours With Drama And Thrills In The Second Official Trailer