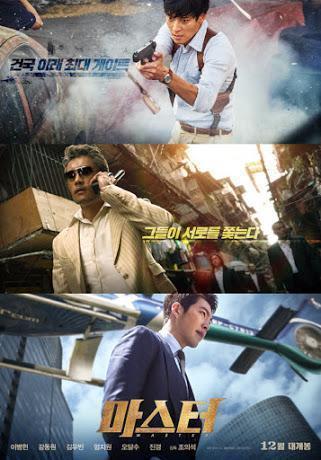 Cold Eyes helmer Cho Ui-Suk looks to have plenty going for him with the forthcoming release of his latest action crime thriller, Master. It’s a marvelous feat so far and as exemplary as ever for Korean action fans with a cast as vibrant and stellar as ever with Kundo and The Priests actor Gang Dong-Won in his first role as a detective out to bring down the president of a company involved in a massive fraud case.
On the villainous end of things are Lee Byung-Hun of I Saw The Devil, Paramounts G.I. Joe and Red 2 fame, along with Kim Woo-Bin from Twenty and Friend, The Great Legacy, all three headlining with, Uhm Ji-Won, The Tunnel and Veteran co-star Oh Dal-Su and Assassination co-star Jin Kyung. The film opens in cinemas this December and with this, the first full trailer has arrived, citing elements of action, drama and espionage aplenty. Take a look!

Isaac Florentine Hails His Return To Acting In The New Antonio Banderas Actioner, STOIC A Barrage Of Fisticuffs And Bloody Knuckles Signal The First Look Teaser For Indie MA Thriller, BOUND BY DEBT