Efforts to reboot the cult-acclaimed Golan/Globus-produced adventure, Masters Of The Universe, have stayed myopic for years and years with a revolving door of directors in rotation. As of Thursday however, things appear to finally be improving at long last with word that sibling duo Aaron and Adam Nee (The Last Romantic, Band Of Robbers) will direct the long-awaited film for Sony Pictures.
The news comes just a few months after screenwriter David S. Goyer left the helm following his near-disastrous late 2017 hire to direct. His script otherwise sets the tone for the new film since Gary Goddard’s 1987 headliner starring Dolph Lundgren, both which spawned from Mattel’s fledgeling toy line in the 1970s through the 1980s with He-Man from creator Roger Sweet. 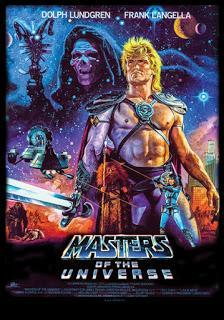 He-Man later garnered a popular animated series set on Eternia where Prince Adam of Eternia transforms into our titular warrior to ultimately face downbthe evil warlord, Skeletor, and his minions, in order to protect the secrets of Castle Grayskull. The franchise would also land itself a worthy spin-off in none other than heroine, She-Ra.
Escape Artists’s Todd Black, Jason Blumenthal, and Steve Tisch will produce Masters Of The Universe with DeVon Franklin, with Goyer serving as executive producer and Matt Milam overseeing the film for Sony.
Masters Of The Universe opens on December 18, 2019.