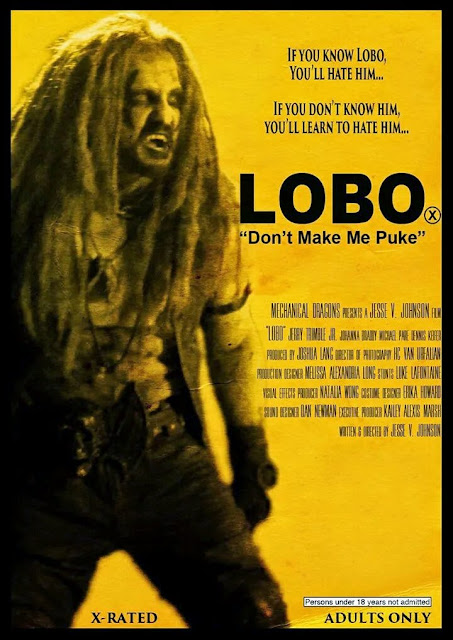 As of last year, any development on a potential adaptation of fellow DC Comics property, Lobo, fell short with the departure of actor Dwayne “The Rock” Johnson. That said, I’m pretty sure that doesn’t matter much now that Warner Bros. is immersing itself more into its newly developing cinematic universe building up to its forthcoming twofer, Justice League, although the idea of bringing the character to life for the big screen is still something that some find worth experimenting with.

Welp… as of this week, leave it to action film director favorite Jesse V. Johnson (see this lovely little gem from last year he put together as a tribute to Wonder Woman by CLICKING HERE) whose latest fan-trailer interpretation of the superhero nefariously known for his violent methods is now making the rounds in full on, bloody and glorious, un-PG-13-ized fashion. Actor and martial artist Jerry Trimble (The Master, Heat, The Package) makes his brief appearance as the title role, the last of his race, in an action-packed sequence that dares to blow your mind…well, either that or rip it off with a chain. Whatever your fancy.

Also starring are Johanna Braddy (Video Game High School) and Michael Parè (Road To Hell), with make-up by Shaun Smith (300, Cabin In The Woods) and action direction by Luke LaFontaine (The Dead Undead, The Beautiful Ones)

Watch the video below and check out some exclusive behind-the-scenes photos in the proceeding gallery, courtesy of Jesse V. Johnson and Natalia Wong.