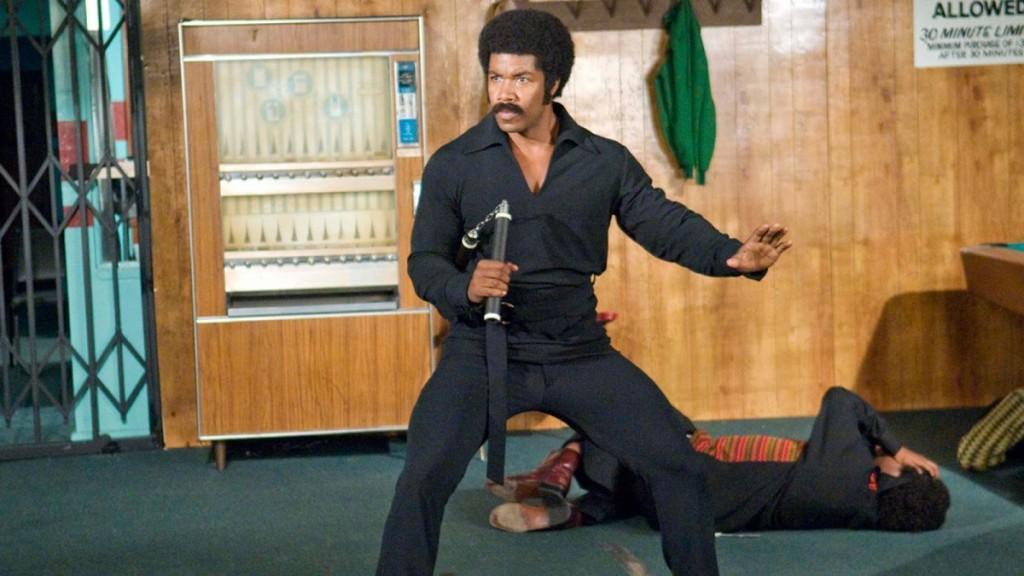 The last eight years have been especially stirring for actor and cult martial arts superstar Michael Jai White. The continued appreciation and sequel hopes for films like Blood And Bone, Ernie Barbarash’s Falcon Rising and White’s Never Back Down: No Surrender, remain unwaning, and the same especially goes for the instant favorite, Black Dynamite, Scott Sanders’s 2009 homage to blaxploitation from Destination Films and Apparition.
Whatever the case may have been or will be, if any sequels will arise then it’s best to follow the word of individuals close to the material, and as it stands, none other than White himself was the man to go to in a recent interview at The Action Elite while promoting Cops And Robbers. Much with what White states is ado with mentions of television series continuations, particularly with respect to Barbarash’s film which White at one point cited as a film with a role he worked and waited his whole career to play.

His 2011 offering with Never Back Down: The Beatdown, came earlier and perpetuated White’s career behind the lens as well as in front, ultimately succeeding the now direct-to-home release franchise in the role of an ex-con who finds himself applying an old school hard edge to his method of teaching young, troubled students. One might even suggest the role as a worthy measure against the superb fighting prowess of Undisputed series protag, Uri Boyka, as the third installment advanced in Thailand with Never Back Down: No Surrender, pitting him against the towering Nathan Jones with cameos by Tony Jaa and Jeeja Yanin.

Never Back Down is another one of those things that may well go into the TV world. In fact the writer/director of the last one (me) kind of structured it that way. When I wrote and directed it you started to see a sort of family dynamic which I formed so going into a series would be an interesting way of seeing into these people’s lives.

Sanders’s Black Dynamite was a delightful venture entering a new decade of the millenium. The role itself, as seen portrayed by White, harnesses some of the best viewers would see out of a contemporary throwback feature with the actor tackling the role to a T, invoking expert comedic timing and screenfighting acumen to boot in additoon to fight choreography solidly mimicking the formal, over-the-top stiffness and bravado of the 1970’s.

In the years that followed as Cartoon Network’s animated series run of the spin-off via Adult Swim through 2015 took shape, word of a sequel here has also endured a slow, albeit steady pace. White now echoing his hopeful vision once more following his interview with Crave Online in 2012.

The interview advanced further with White over plans regarding Black Dynamite with co-interviewer Alex Paul inquiring if the actor and father of three had a passion project of sorts that was similar to the Undisputed 2: Last Man Standing co-star’s fellow action starpower, Scott Adkins per their upcoming appearance opposite each other in Jesse Johnson’s Accident Man. White delves right into it with mention of a possible announcement early next year per the launch of his own company which should leave fans twittling their thumbs on through new years.

I actually have several things in 2018 including the launch of Jaigantic Entertainment which is my brand and we’ve got some really strong, game changing films which are in the works as we speak. 3 of which we want to get done in 2018. So we hope to be making a really big splash next year…

I personally hope this slate includes a Blood And Bone sequel but follow ups to all the aforementioned titles would be a crowdpleaser. If progress on the future of Black Dynamite is any indication, expect a terrific start to the new year ahead with all things Jaigantic in cinema.