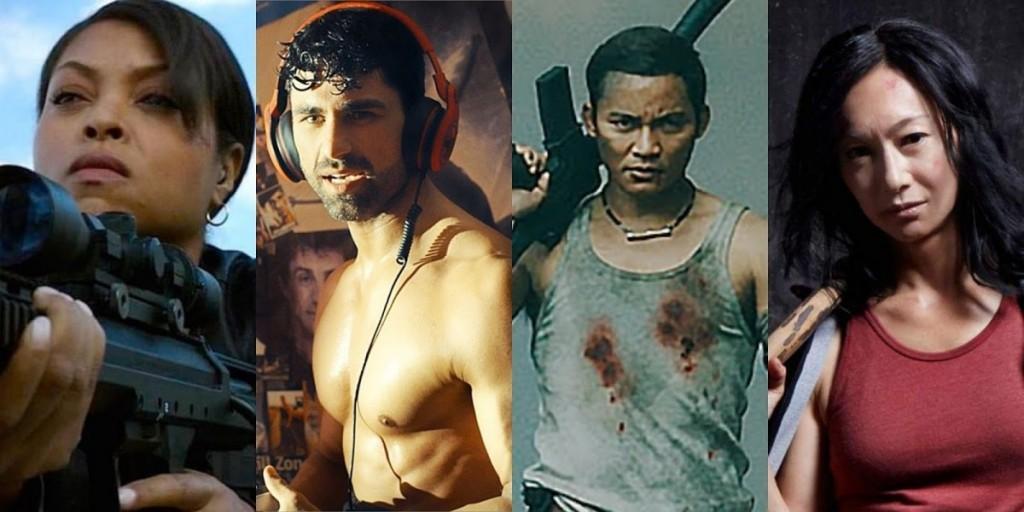 The bold and beautiful Taraji P. Henson leads this one with a look at Proud Mary which stands to gain amply as a milestone effort at the top of the new year, especially since we nary see a black female lead in an action vehicle. London Has Fallen helmer Babak Najafi directs this, the story of a hitwoman who crosses paths with a young boy after a hit job gone awry. January 12 is the date!
We were the first to bring you a North American review of German martial arts action comedy, Plan B: Scheiss Auf Plan A, since its summer release and news of U.S. acquisition still awaits knowing. The film debuts German stunt, film and screenfighting design troupe, Reel Deal Action, center stage for the story of four friends caught in a dangerous game involving the search of an infamous safe hidden somewhere in Berlin. Martial arts action spectacle and feel good comedy and adventure are what lies in store for this, a previous entry in last year’s Five-A-Day editorials so let’s hope 2018 will be it.
For the lot of you, this is a no-brainer, packed with a sick ton of ‘hell yes’s’ and ‘take my money please’s’ as we approach the official release of Well Go USA’s ensemble action extravaganza, Triple Threat. The film centers us on the vengeful story of three mercenaries reluctantly assembled to protect a billionaire’s daughter from a squad of assassins looking to end her anti-crime campaign. Jesse Johnson directs this one with a cast that obviously needs no introduction.
Ho Yuhang’s latest action thriller, Mrs K., has had an immense global run amid the festival scene hailing actress and Shaw Bros. stalwart, Kara Hui’s final bow in the action and screenfighting end of things. The film was released throughout Asia this Fall centered on Hui who fights to save her newfound family life when her violent past comes back causing a ruckus, imploring her to ensue an even bigger, more brutal ruckus. I can’t tell you when this film will get a U.S. release, although it’s a fair deal to conclude North Americans and western audiences alike will get fair platform releases as well, big screen or small.
Michael D. Olmos’s superhero adventure, The Green Ghost, made the rounds at Fantastic Fest in 2015 with two teasers and a poster at the time, as well as a ten-minute look at the project and a new poster that year. The film is the latest stage of evolution for the original brain child of real-life car salesman, actor Charlie Clark who leads the narrative centered on a group of Mexican superheroes reluctantly inclined to assimilate their adopted gringo and help him transform into the hero he is destined to be in order to prevent the Mayan Apocalypse. Marko Zaror, Cain Velasquez and Danny Trejo also star, and with two years in its wake, lets hope that fans keen on seeing Zaror on the screen won’t have to wait much longer. 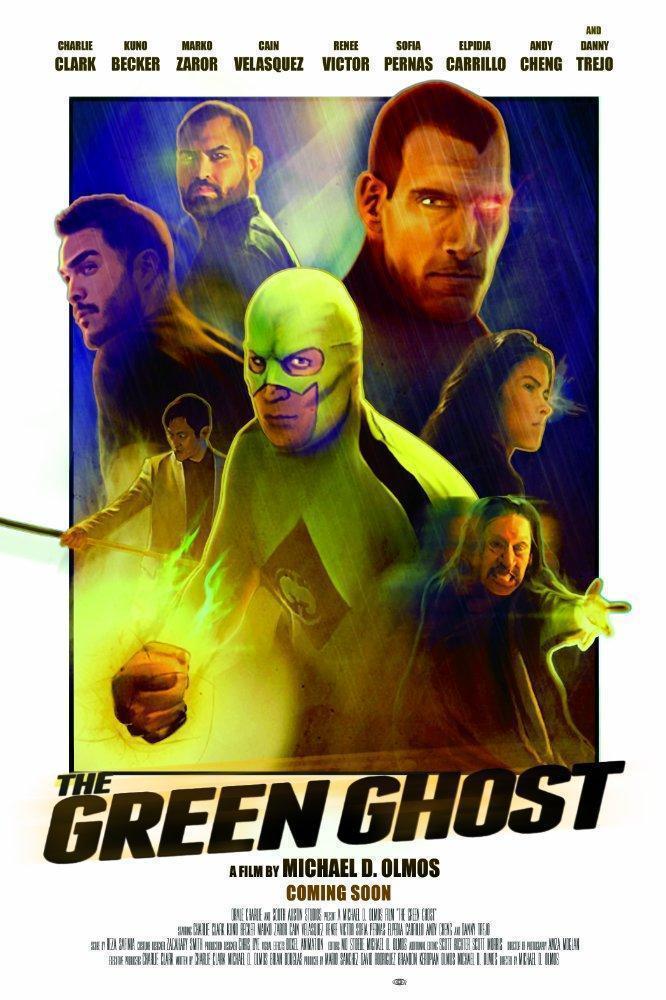