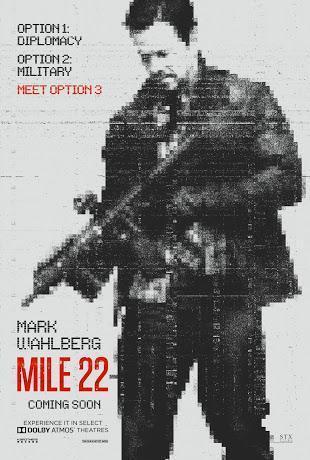 STX Entertainment is living onward with their commitment toward franchise potential for Peter Berg’s upcoming thriller, Mile 22. I’m itching for a new trailer myself but the release date is re-stamped for August 17 this time around and the word now is that a sequel is officially in the works, as confirmed exclusively by Mia Galuppo at The Hollywood Reporter.
Mark Wahlberg, Iko Uwais, Ronda Rousey, Lauren Cohan and John Malkovich lead the principal cast for the inaugural action vehicle about a black-ops unit tasked with protecting an informant as they race against time to escort him twenty-two miles away to safety. The film was further announced back in April as part of a crossplatform initiative STX that includes a VR spin-off titled The Kiev Exchange for STXsurreal, which Aleem also wrote.
Plot, as well as cast and crew details on the Mile 22 sequel remain pending while one of the biggest assets thusfar next to Wahlberg’s star power has been that of Rousey and Uwais, both noticeable presences in the world of martial arts and having both had their share of film credits enough to appeal to film fans with Uwais standing to gain plenty from his current crossover into Hollywood since The Force Awakens.
Aleem, who is represented by Verve, Madhouse Entertainment and Felker Toczek, also penned upcoming Netflix thriller, Kate, which is still in development with David Leitch producing.

THE HIT LIST: June 25, 2018 Dystopian Survival Thriller, THE DOMESTICS, Opens This Week On VOD And In Theaters