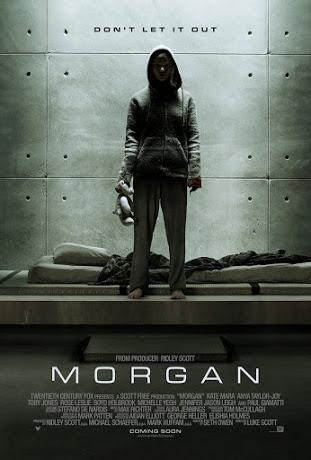 Hats off so far to Luke Scott this week in the wake of the latest campaign to push his directorial debut in the new sci-fi thriller, Morgan. EW debuted a slate of photos on Tuesday to help sample actress Kate Mara in her role among the cast with a few tidbits from Scott reflecting on the mankind’s capacity to create things.
Such is the themeatic mood now sampled in Wednesday’s new official teaser for the film which opens on September 2 and in the good company of father, producer Ridley Scott, you definitley get an Alien vibe which I think is cool. Hailing from a 2014 Black List script entru by Seth W. Owen, I’m pretty sold on this so far.
SYNOPSIS:

A corporate troubleshooter (Kate Mara) is sent to a remote, top-secret location, where she is to investigate and evaluate a terrifying accident. She learns the event was triggered by a seemingly innocent “human,” who presents a mystery of both infinite promise and incalculable danger.

The Witch breakout star Anya Taylor-Joy and actor Paul Giamatti also star, and while Taylor-Joy’s face isn’t shown while her voice is heard, the teaser does exactly what it was meant to in its suggestive delivery. It works, and it drops today, so watch it now below!

Warner Bros. Confirms Live-Action FULLMETAL ALCHEMIST For 2017, Cast Details THE FAST AND THE FURIOUS Gets A Commemorative Theatrical Re-Release On June 22