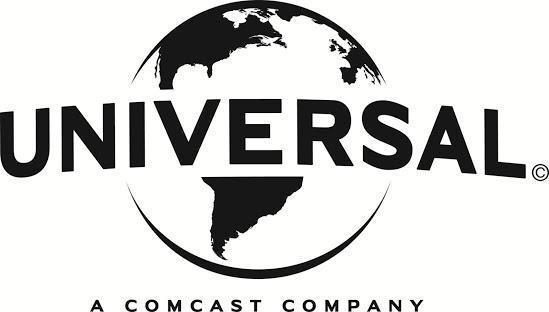 Studio money grab or not, this one is not without its share of heart and soul. Often described as Point Break on wheels, director Rob Cohen’s fantastical street racing crime thriller, The Fast And The Furious was a $207 million dollar hit, and consequently, the subject of a now sprawling franchise with tie-in shortfilms and several home-bound re-releases celebrating the film’s long-running success.

Now, seven films in with an eighth on the way next year, Universal Pictures is proudly releasing Cohen’s orginal film next month in theaters. It’s the film that essentially landed lead actor Paul Walker on the map as fellow lead, actor Vin Diesel slowly started becoming a household name, and if you’re an ardent fan of this franchise, chances are this film means a lot more to you than most, as much of a journey its been.
The successes overall are prevalent with the franchise now more almost four-billion dollars in, partly generated by the hit that became of James Wan’s Furious Seven last year. Following Walker’s death in late 2013 and still the subject of real-world legal battles to date, fascination with the film’s assembly still lingers in how the studios involved kept the actor in the movie despite only a portion of his scenes being shot. So, if you find yourself watching a lot of those scenes over and over again, and right down to the bittersweet end where Walker’s Brian O’Conner and Diesel’s Dom Toretto part ways, you’re not alone.
This franchise, to say the least, has been, and continues to be extraordinary, and will be so when next year’s Fast 8 opens. Until then, this is worth spending a few bucks on if you can, and bring someone who could use a viewing of the first film on a screen larger than television if need be. The announcement, as well as the new poster and trailer are below! 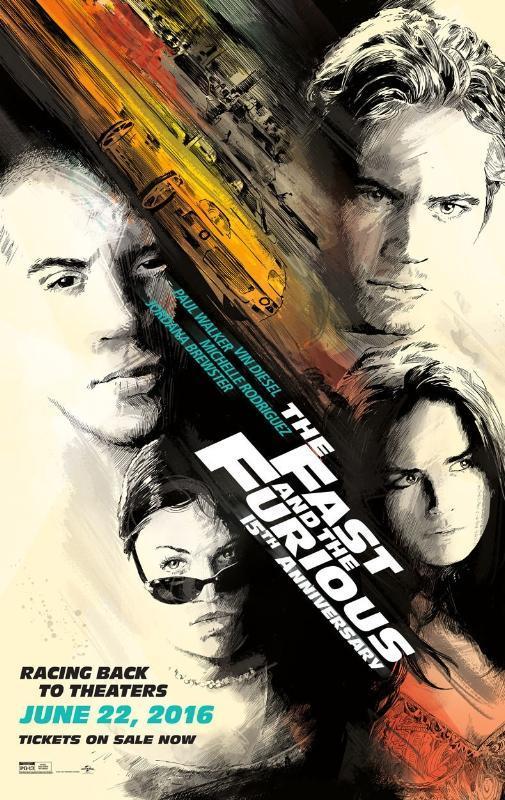 UNIVERSAL PICTURES’ THE FAST AND THE FURIOUS CELEBRATES 15TH ANNIVERSARY BY RACING BACK TO THEATERS ON WEDNESDAY, JUNE 22

UNIVERSAL CITY, Calif., May 25, 2016 /PRNewswire/ — Universal Pictures announced today it will re-release The Fast and the Furious in a limited nationwide theatrical run on Wednesday, June 22, to commemorate the film’s 15th anniversary. The Fast and the Furious was released on the same day in summer 2001, igniting one of the most popular global film franchises ever, which has seen its seven films turn into a $3.9 billion box-office phenomenon. Advance tickets, available at Fandango, go on sale today.

Returning to theaters for the first time in a decade and a half, The Fast and the Furious takes audiences back to the streets of East Los Angeles, where they first met the enduring core characters of the Fast saga, played by original cast members Vin Diesel, Paul Walker, Jordana Brewster and Michelle Rodriguez. The seven chapters in the serialized adventures of Dom Toretto and his crew reached their greatest box-office success with last year’s Furious 7, which made more than $1.5 billion around the world. The eighth chapter is scheduled for release on April 14, 2017.

“All of us who make the Fast and Furious movies know we are part of a family that spreads all around the world,” said series producer Neal H. Moritz, “and we are happy to invite our fans to revisit where it all began back on the big screen. While we are hard at work making number eight, we are thankful to take this moment and celebrate the original that started us off.”

About The Fast and the Furious

Los Angeles police officer Brian O’Conner (Paul Walker) must decide where his loyalties really lie when he befriends Dominic Toretto (Vin Diesel) and becomes enamored with the street racing world he has been sent undercover to destroy. Directed by Rob Cohen and starring Diesel, Walker, Michelle Rodriguez and Jordana Brewster, the film is produced by Neal H. Moritz.