One look at the latest trailer for Peter Segal’s new odd couple spy romp, My Spy and you needn’t further proof that Dave Bautista is a man who loves his job. Equally, he plays a character terrible at his job and his last shot at greatness is now in the hands of a pre-teen with a penchant for jelly sandwiches and being a smartass.

Oh yeah… the chemistry here is on point with these two.

MY SPY follows JJ a hardened CIA operative (Dave Bautista) who has been demoted and finds himself at the mercy of a precocious 9-year-old girl, named Sophie (Chloe Coleman) where he has been sent undercover begrudgingly to surveil her family. When Sophie discovers hidden cameras in her apartment she uses her tech savviness to locate where the surveillance operation is set. In exchange for not blowing JJ’s cover Sophie convinces him to spend time with her and teach her to be a spy. Despite his reluctance JJ finds he is no match for Sophie’s disarming charm and wit.

My Spy just made waves this week at CinemaCon in Las Vegas and is now headed for a theatrical release later this year from STX. Also starring are Kristen Schaal, Parisa Fitz-Henley, Chloe Coleman and Ken Jeong. 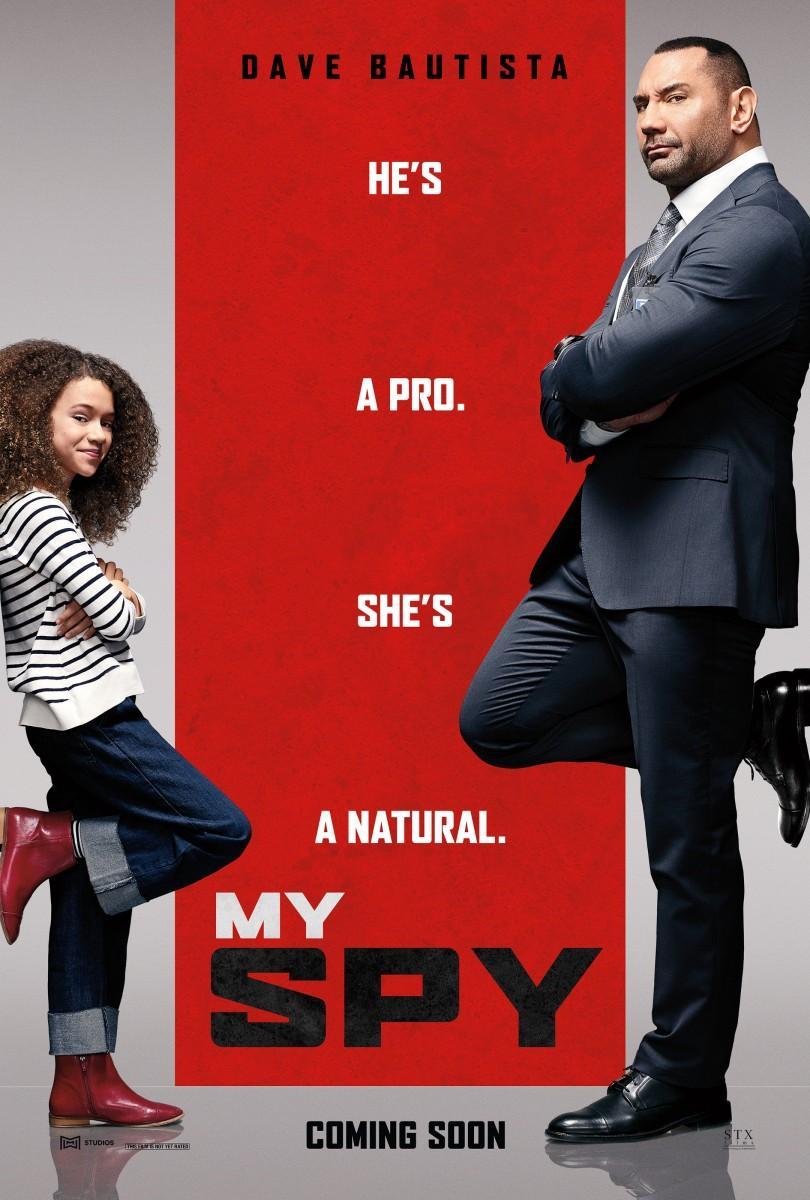