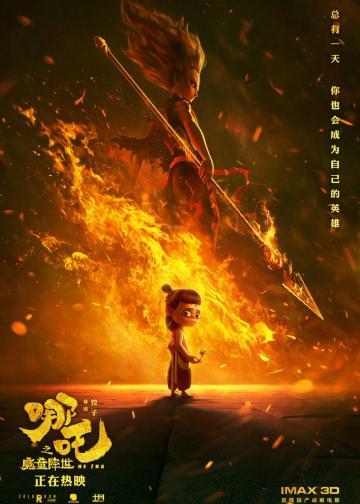 Fresh off of a winning box-office milestone since its July release in China, debut writer/director Yang Yu (a.k.a. Jiao Zi) will get his day with a stateside release of his animated feature adventure, Ne Zha. Well Go USA Entertainment officially acquired the rights as of Thursday.

Ne Zha centers on a young boy born from a heavenly pearl by the Primeval Lord of Heaven, Yuanshi Tianzun. Birthed with unique powers, he finds himself as an outcast who is hated and feared. Destined by prophecy to bring destruction to the world, the young boy must choose between good and evil in order to break the shackles of fate and become the hero.

Well Go USA Entertainment plans to exclusively roll the hit movie out in select IMAX 3D screens in North America on August 29, followed by a nationwide expansion on September 6.

Produced by Beijing Enlight Pictures, Ne Zha is currently the highest-grossing animated feature in China’s film history with box office gross presently at $535 million and over 100 million admissions. The film is on course to pass action star Wu Jing’s explosive sci-fi spectacle, The Wandering Earth and become China’s second-highest grossing film of all-time by the end of its theatrical run.

Peep a trailer below and stay tuned for U.S. trailer and artwork updates.

SHIN ULTRAMAN Brings The Epic Kaiju Battlefront To The U.S. From Cleopatra Entertainment