With Daredevil still set make its way to Netflix on April 10, the network officially rolled out brand new poster art in two versions this week, including an animated version. The series has been busy garnering a lot of buzz since debuting a gritty new teaser trailer earlier this month which offers quite the favorable imagery worthy of an action-packed show full of grit and darkness to whet the appetite.
Of course, in lieu of all things related to Disney’s Marvel Cinematic Universe with further respect to Agents Of S.H.I.E.L.D and Agent Carter, where Daredevil lies is mostly unclear except if you follow comic book lore and have some ideas of your own. Nevertheless, Daredevil is setting up to become the next best thing to hit subscription video on demand and with four more shows in the works, falling asleep on this right now is not an option.

Meet Matt Murdock. Blinded as a boy but imbued with extraordinary senses, Matt fights injustice by day as a respected lawyer and by night as the masked vigilante known as Daredevil in Hell’s Kitchen, New York. He’ll do anything to make his city a better place, but at what price?

Charlie Cox stars in the title opposite Vincent D’onofrio who plays Wilson Fisk (a.k.a. Kingpin). Check out the new poster versions below as well as the official trailer in case you missed it. 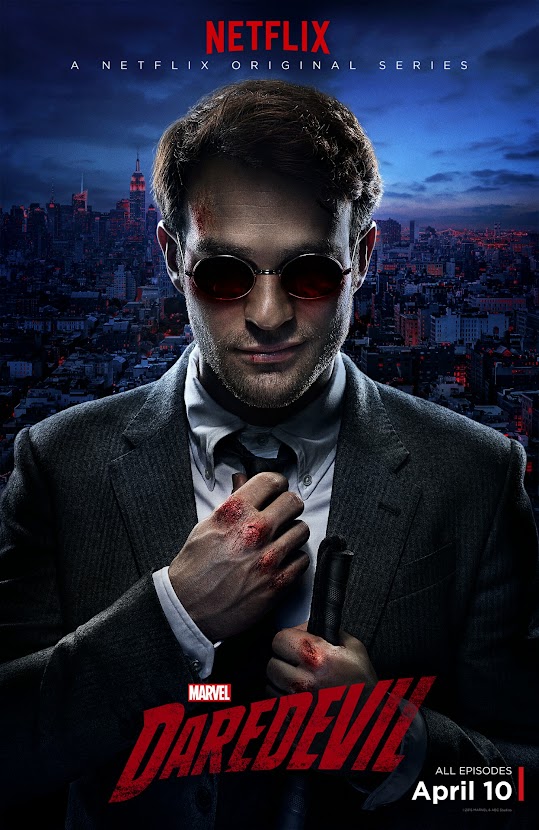