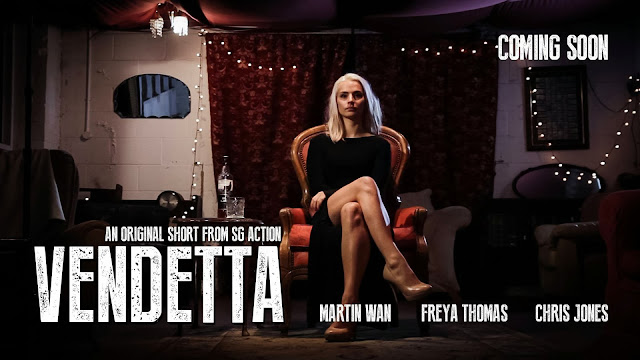 While we are still awaiting the release of the independent filmmaker Robin Schmidt’s shortfilm gangster thriller, Dog, the folks at SG Action are working on a new action shortfilm set for a possible release in a few weeks titled Vendetta. The short film is described as “a tale of betrayal and revenge, focusing on the final evening of a crime boss, and his inevitable demise by his enemies…” with action elements designed with less of a martial arts appeal, and more toward survivalist elements within its choreography.
Vendetta is written and directed by Martin Wan, who stars along with actress Freya Thomas, in addition to several key SG members involved in the stunt work, including Chris Jones who can be seen in one of the three posters newly unveiled on Wednesday at the very bottom of this page. Vendetta is expected tentatively in mid-November with a trailer approaching before then.
Wan is also expected to make a brief appearance in director Brandon Kahn’s upcoming conceptual promotional action short to crowdfund the inspired series, The Streets Of Myth. For more information on other upcoming events, and exciting new cinematic content, subscribe to SG Action on Facebook and Twitter. 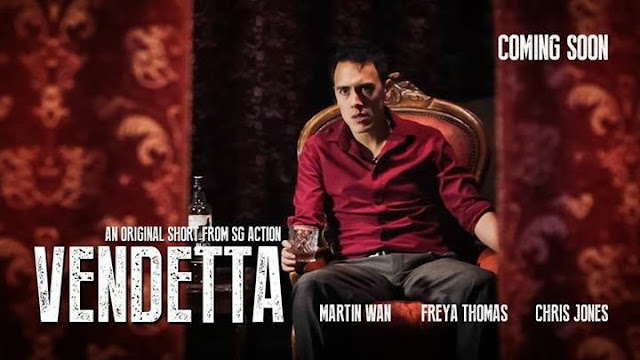 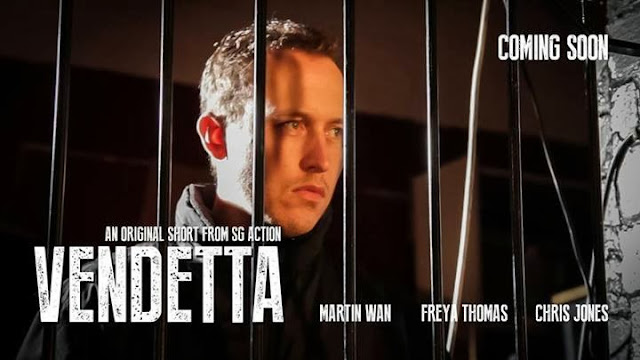