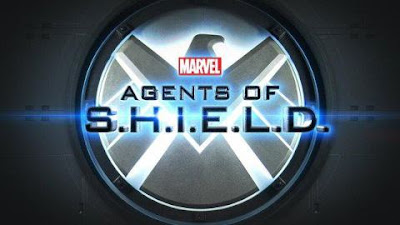 At some point over the weekend, superhero action fans caught a six-second glimpse of ABC television’s upcoming series, Marvel’s Agents Of S.H.I.E.L.D., the television-adapted spin-off resulting from the critically accalimed commericial worldwide success of MARVEL superhero films such as Iron Man, Iron Man 2, The Incredible Hulk,Thor and Captain America. Almost each of these films has several things in common, including actor Clark Gregg who plays devout and dedicated S.H.I.E.L.D. agent, Phil Coulson, who meets his unfortunate demise when battling Loki, played by Tom Hiddleston in The Avengers.

Since then, Coulson has become and symbol for all he and the brave men and women who battle the forces of evil stand for. So, between July and October of late last year when it was reported that a television series was developing that would chronicle the adventures of S.H.I.E.L.D. with Gregg returning to reprise his role, the internet fell into an emotional and cathartic outpour, sprouting the trending twitter and tumblr hashtag, #CoulsonLives. 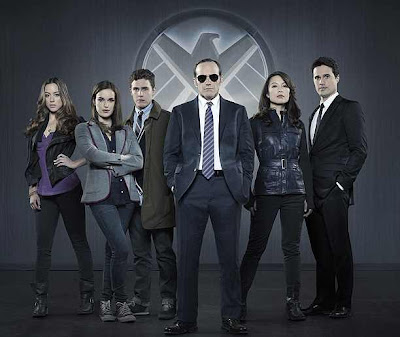 This week, new 30-second footage highlights the cast series in the long-awaited teaser for the upcoming show, from THE AVENGERS 1 & 2 director and series writer and executive producers Joss Whedon, Jed Whedon and Maurissa Tancharoen, along with executive producers Jeffrey Bell and Jeph Loeb. Gregg will star along with  actresses Ming Na-Wen, Elizabeth Henstridge and Chloe Bennet, and actors Iain De Caestecker and Brett Dalton. Actress Cobie Smulders, who also played S.H.I.E.L.D. Agent Maria Hill in THE AVENGERS may appear in the pilot, along with actor J. August Richards who was featured in Joss Whedon’s 1999 television series, Angel, will also appear in the pilot. Check it out:

Iron Man 3 premiered worldwide, with its U.S. threatrical opening on May 3. With Marvel entering Phase Two of its film production schedule, The Avengers 2 is still in casting stages with actress Saoirse Ronan rumored to be tapped for a role and is currently slated for a summer 2015 release, with the James Gunn-directed August 1, 2015 release of Marvel’s Guardians Of The Galaxy, and director Edgar Wright‘s adaptation of Ant-Man premiering November 1, 2015. Other upcoming Marvel film releases between this year and 2015 will also include Thor 2: The Dark World, due out on November 8, 2013, and the 2014 release of Captain America 2: The Winter Soldier, set to premiere on April 4, 2014.

FILM OF THE WEEK (5/13/13): THE CHRONICLES OF RIDDICK THIS GIRL IS BADASS Gets A North American Home Release Date