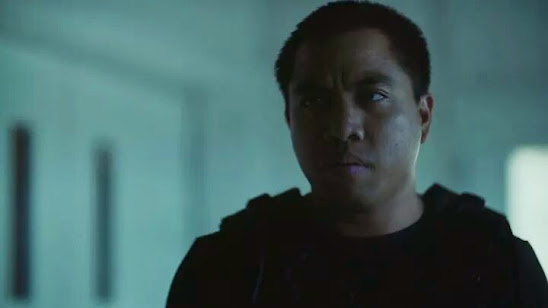 Longtime indie action fans may be familiar with veteran filmmaker and Jabronie Pictures founder Fernando Jay Huerto, whose earlier projects within the past decade included two independently made shortfilms, Gunpoint and Gunpoint 2. Well, Huerto has now returned to carry on his memorable character in a short spin-off performance in fellow indie director and Lunar Stunts founder Eric Nguyen‘s sixth installment of his longstanding action miniseries, The Fighting Journey – a filmmaking experiment with various performers from around the country.

Huerto performs opposite fellow performer, actor Irvin Nguyen.
As a noteworthy mention, my own previous conversations with Huerto have led to possibile mentions of a Gunpoint revival in some capacity. Of course, as with the nature of independent filmmaking, time will tell. Other than that, head over to the official Facebook pagefor Jabronie Pictures to keep posted on what’s what. For all things Lunar Stunts, subscribe to the channel in the embed below and take The Fighting Journey for yourselves!