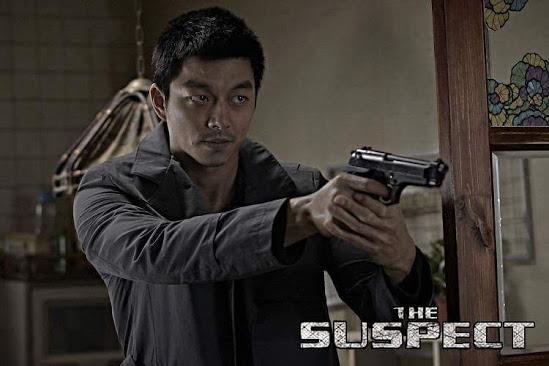 Director Won Shin Yeon has a new murder thriller coming soon this year called A Murderers Guide To Memorization. It’s got a great plot and I’m glad I finally got to sample his directing chops with Well Go USA’s The Suspect starring Gong Yoo.

The film bodes as a slick action thriller, toned like an Asian response to Bourne in almost every way you can imagine, and even adhering to one’s own love-hate relationship with shakycam style of fight choreography. The action is smart and spectacular in some places although it almost gets dizzying between a few shots. On a side note, Asian action aficionados will be glad to see Asian cinema journeyman, martialartist, actor and stuntman Kim Won-Jin (Operation Scorpio, My Wife Is A Gangster, China Strike Force) directing the action and even showcasing his skillset with lead actor Yoo.
The plot is VERY deep in-scope with layer upon layer of story and backstory, and characters intertwining with their own agendas and roles in how the film unfolds where a North Korean defector, betrayed by his former government and ultimately settled in the neighboring South, gets unknowingly swept into a conspiracy following the murder of a CEO of a company. The film doesn’t hold back at all when it comes to immersing the viewer in its subplotting, and thankfully due to some great acting and colorful moments by a few of the cast members, as well as the film’s duration clocked in at well over two hours and ten minutes, this is far from a bad thing. Plus, with Yoo in his first action role and spending most of the film with a “stone-faced killer” expression, the finale truly pays off.
Save for ones own preferences when it comes to this kind of film, I recommend The Suspect as a purchase or a rental. You can’t lose.

Zoë Bell Tackles Guerillas In The New CAMINO Trailer THE MONKEY KING 2 Gets US, Canada & UK Distribution And Release Date!