Now With English Subs, The Latest Trailer For LEAGUE OF GODS! 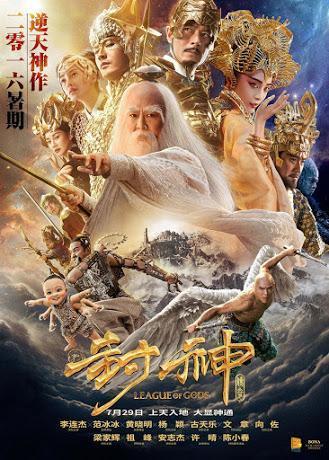 Chances are you’ve already seen one version of the latest trailer for Koan Hui and Vernie Yeung’s League Of Gods. That said, English subs are always awesome and you can view this one below with all the context you need.
SYNOPSIS:

In an imaginary time zone parallel to the Shang Dynasty, 1000 BC: The kingdom is in trouble. The autocratic King Zhou (Tony Leung Ka Fai), who is entranced by his favourite concubine Daji (Fan Bingbing), a vixen spirit in disguise, oppresses the people and banishes all opposition. A band of rebellious warriors from the Ji clan unites allied forces to overthrow the tyrant. Amongst them is Ji Lei (Jacky Heung), an orphan of the Wing Tribe who was rescued as a child by the powerful wizard Jiang (Jet Li) on the fateful day of his Wing initiation into adulthood when his parents were massacred by the tyrant.

Haunted by his loss, Ji Lei is sent by the wizard on a mission to seek the Sword of Light that will awaken the courage to spread his hidden wings and help restore balance to the world.