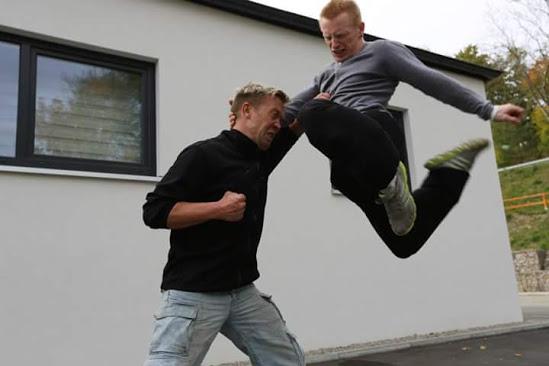 Following the April announcement of UK-based Evolutionary Films’s pre-market acquisition of sales and distribution of director Alex Padrutt‘s thrilling new martial arts flick, One Million K(l)icks, the UK trailer, previously a Vimeo exclusive, is now viral to watch online. Of course, there’s still the matter of the sequel for which action star Mike Moeller is set to return with Ten Dead Men and Left For Dead helmer Ross Boyask now on board to direct, so it bears mentioning. Hopefully we’ll get some further distribution news about this soon enough.

ONE MILLION K(L)ICKS is a high impact German language martial arts movie which follows Mike Moeller’s character, a well meaning if belligerent fighter who finds himself drawn into the world of an underground martial arts tournaments. He soon learns that money and glory mean nothing when your life is on the line for the entertainment of viewers streaming the fights across the Internet.

Check it out below and share it with friends!

Choi's ASSASSINATION Gets An English Trailer This Club Is For Girls Only! FIGHT VALLEY Casts Tate And Holm With Cyborg In Talks!