PAPILLON: Down And Dirty Prison Brawls And Daring Escapes In The Official Trailer

Having found inspiration in the written and filmed life and times of Henri Charrière, Danish director Michael Noer’s latest, Papillon, took to viewers late last year at the Toronto International Film Festival where Bleecker Street ultimately snagged the rights thereafter. This one bares a clear new look with some seriously brutal action that promises, hailed by the casting of Charlie Hunnam and Rami Malek with a release date set for August 24, and on that note, a first official trailer to bide the time until then.

Based on the international best-selling autobiographic books “Papillon” and “Banco”, the film follows the epic story of Henri “Papillon” Charrière (Charlie Hunnam), a safecracker from the Parisian underworld who is framed for murder and condemned to life in the notorious penal colony on Devil’s Island. Determined to regain his freedom, Papillon forms an unlikely alliance with a convicted counterfeiter Louis Dega (Rami Malek), who in exchange for protection, agrees to finance Papillon’s escape.

Check out the trailer and poster below! 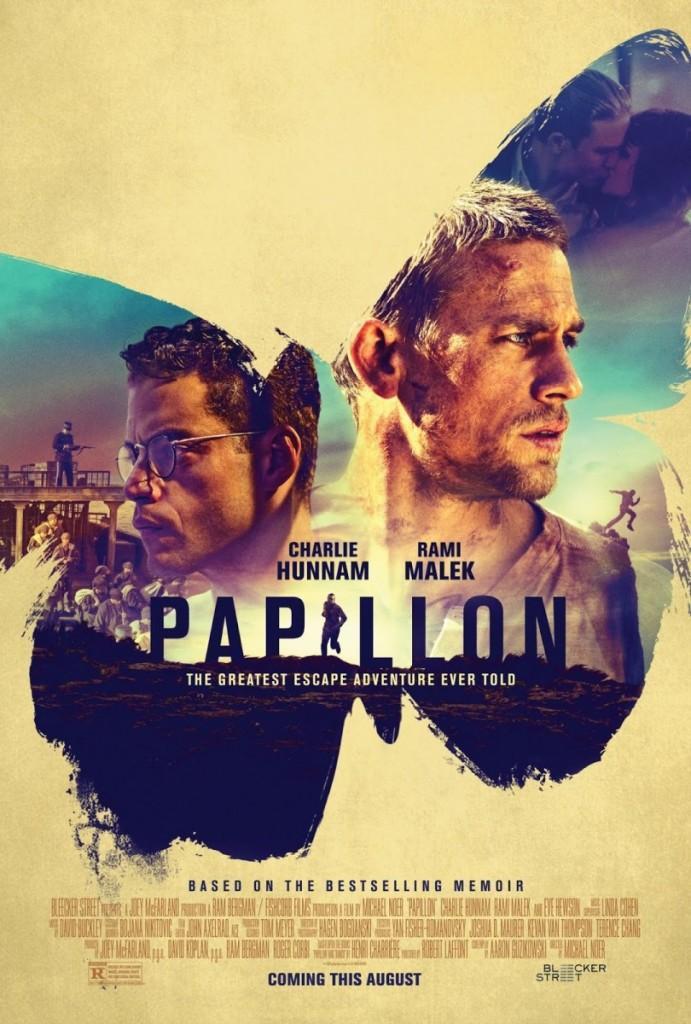