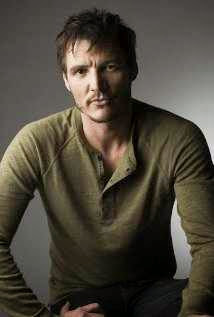 HBO’s Game Of Thrones is one of those shows I usually end up having to watch in pieces, particularly because there simply aren’t enough hours of the day for me to enjoy much of anything. Thankfully however, I did get to enjoy the most recent episode featuring actor Pedro Pascal in last week’s episode (and I will not say what I saw, but if you saw it too, know that I felt your pain).

I suppose this leaves more time for the actor to fill the shoes of his next role in Narcos, the new epic crime drama series from Netflix and Gaumont International. The new series was announced a few months ago and will see Pascal joined by actor Wagner Moura (Elysium) in a biographical series chronicling the life and death of Pablo Escobar, the ruthless cartel boss and known terrorist who also was a congressman, a family man and revered by the poor as a new Robin Hood.
The show was initially poised as a feature film and pitched to filmmaker Jose Padilha during the production of Robocop, whereupon it was decided to focus on a series instead, which would give it a broader scope and farther reach to Latin American TV households. Chris Branccato (Hannibal) will be the showrunner with Padilha directing the 13-episode series which will air later this year. Further casting will be announced in the weeks and months ahead, presumably.
In the meantime, Game Of Thrones fans still have something to celebrate on their own, with the season finale heading to the big screen at local theaters in Canada on June 15. Get your tickets and have fun, aye!
H/T: Deadline

SNOWPIERCER Gets A New Poster For Its U.S. Release Pierce Brosnan Talks Love And Bullets In The New Teaser For THE NOVEMBER MAN