Philip Ng To Portray Bruce Lee In BIRTH OF THE DRAGON 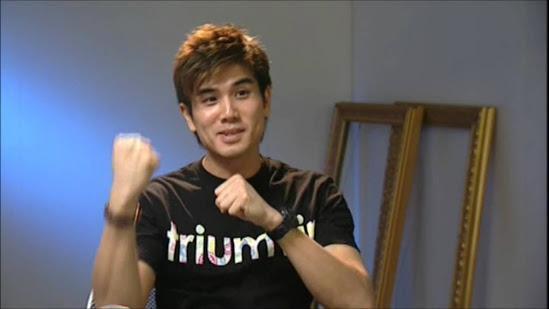 There probably aren’t a lot of actors who could emulate martial arts legend Bruce Lee in a biopic. That search is a certain adventure indeed and likely has been since announcing The Adjustment Bureau helmer director George Nolfi‘s new movie Birth Of The Dragon in 2013, until this week.

ComingSoon.net reports Hong Kong action star Philip Ng star of last year’s Once Upon A Time In Shanghai and a longstanding purveyor in action genre with hats as stunt coordinator, fight choreographer and actor in films like Dragon Heat, New Police Story, Invisible Target, Zombie Fight Club, Young And Dangerous: Reloaded and the upcoming Undercover Punch And Gun, will portray the role of Lee. Opposite Ng in the role of Wong Jack Man will be The Painted Veil actor Yu Xia with a story told from the perspective of a young martial arts student in the 1960’s caught between the brewing rivalry between Lee and Wong, leading up to their closed-doors match to which the winner was never disclosed publicly, and ultimately became the preamble to Lee’s evolution as a martial artist.
Joining Ng and Xia are Bridge Of Spies co-star, Tony Award nominee Billy Magnussen as Steve McKee with Old Boys: The Way of the Dragon, Journey Through China actress Jinging Qu in the role of his love interest, Xiulan, while iconic Chinese artist and TV host, Jin Xing plays the film’s antagonist, the ruthless crime boss Auntie Blossom. Christopher Wilkinson and Stephen J. Rivele (Nixon, Ali) are behind the script as well as producing with Academy Award nominee and Golden Globe winner Michael London and partner Janice Williams, with executive producer James H. Pang from Kylin Films who is finanacing. Nolfi is executive producing with Leo Shi Young and David Nicksay with Hong Kong legend Corey Yuen Kwai (Rise Of The Legend, Lethal Weapon 4, Righting Wrongs) directing the action.
Currently the film stands as one of a few titles on the way centered on the legendary Jeet Kune Do founder with daughter Shannon Lee and her company overseeing the development of their own film. In the meantime, Birth Of The Dragon commences filming in Vancouver, British Columbia, Canada on Tuesday.
A release date is to be announced in the months ahead, and though personally I didn’t see Ng‘s casting coming, it’s very much deserved. He’s got international appeal and he’s a superb screenfighting and stunt talent, so it’s pretty safe to say the Birth Of The Dragon has a great package on its hands.
Stay tuned!

THE HIT LIST – November 16, 2015 GODS OF EGYPT Gets A Trailer Full Of British Accents And Some White People. And Chadwick Boseman.