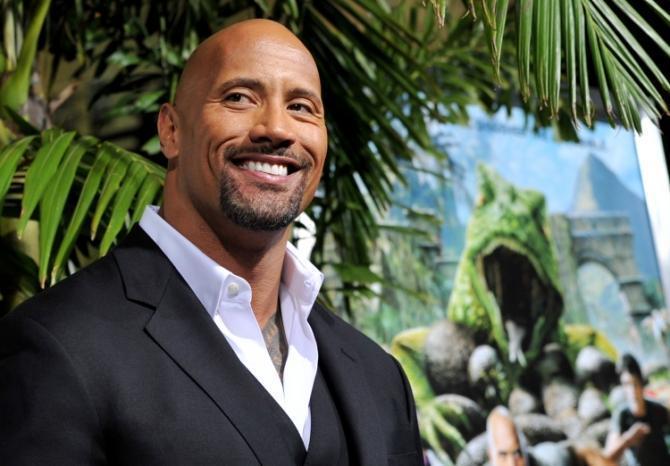 There’s no stopping actor Dwayne Johnson these days as he is currently poised for several releases at the movies this year in addition to a sequel for his recent hit, Jumanji: Welcome to the Jungle has surpassed well over $353.33 million at the domestic box office surpassing Furious Seven according to Forbes as of Wednesday. With at least three more movies opening this year and several others already making headway in development and production, you can now tack on another for the bustling film star for upcoming action thriller, Red Notice.
The exclusive at The Hollywood Reporter detailing the news comes following a bidding war between several major studios – namely Legendary, New Line, Paramount, Sony and Universal – for the film that lines up yet another reteam for Johnson and filmmaker Rawson Marshall Thurber following Central Intelligence and upcoming high rise action pic, Skyscraper, which opens this July in 3D. Bidding has reportedly crossed the $20 million dollar barrier for Johnson’s attachment which could also see Thurber earning $10 million to write and direct.

Red Notice refers to the highest and most serious INTERPOL notices (there are eight) and concerns the arrest of wanted criminals. While details of the plot are unknown, Johnson would play a man who works for the international police agency.

The $125-$150 million dollar film is also being described as a two-hander which means Johnson will have some sizeable co-starring along the way when the film takes off. Johnson will produce along with 7 Bucks Productions’s Dany Garcia and Hiram Garcia next to Beau Flynn who also produces Skyscraper.