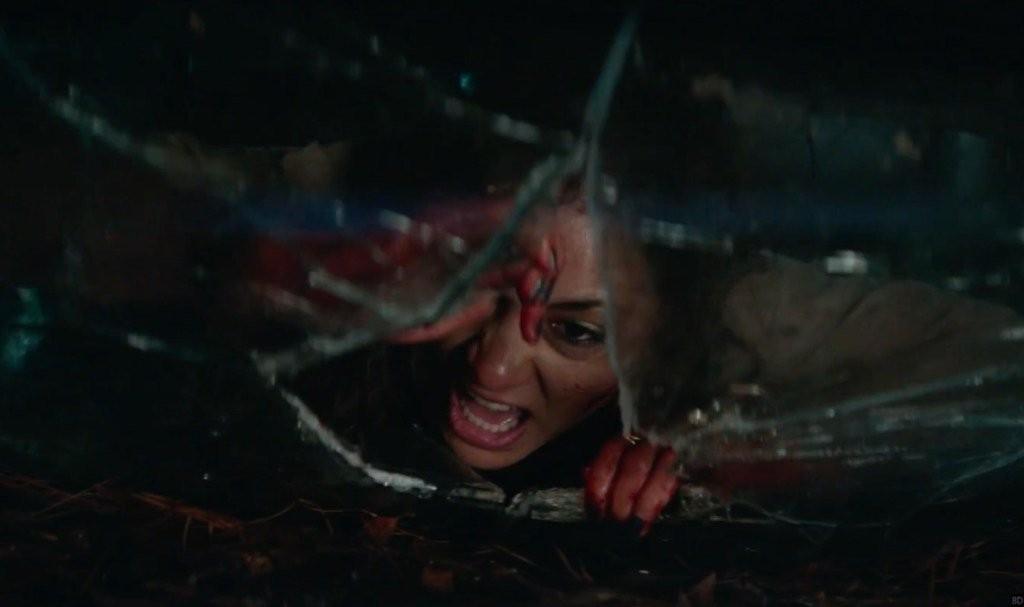 Dan Tondowski’s directorial debut is easily a film anyone who’s seen their fair share of horror and suspense thrillers has seen before. There’s plenty to endulge in despite the mundane and predictable delivery and it’s mainly up to the viewer just how much more of it is tolerable midway into his first film, Accident.
Bad decision making is a near-constant theme from the film’s start as Caroline dupes her best friend, Jess, into trying to connect with friends to a gathering. Instead, they are left stranded moments before haplessly deciding to hitch a ride with two friends, Fred and Thomas, to get to where they need to go.
The rest of the narrative is as you would expect with the foursome suddenly crashing down a ravine. Hours pass amid heavy evening rain and with Caroline bearing the worst of injuries as she’s trapped inside with no way out, in addition to a downed powerline, another damaged vehicle and an unsavory cliff – a predicament worsens after the girls learn the car and its unbeknownst contents belong to another owner, and he is pissed. And armed.
The concept feels fresh upon reading with tons of potential for something more action-packed than a mere contained thriller. Despite this, the film is mired in banal teen horror suspense tropes with a progression that toggles between past and present events.
The first suspenseful moment meant to play out as a close call feels more like planned gag to sell sex amid death defying thrills. The script further continues this in the first act with a scene showing our female leads in their bra and panties and chatting it up. Enticing, sure, but it undersells the talent and further makes the film feel frivilous.
The acting is good with performances that average out among the cast to introduce the film’s overall tone which could have led to a better film. German actress Stephanie Shield stands the strongest and most physically impressive as Jess next to her male counterparts, Tyrone Keogh as Fred and Keenan Arrison as Thomas, from midway and onward.
Daniel Caleb and James Matthes induce an emotive score that hits a lot of great notes during the film’s more perilous moments, especially in the third act. There are a few technical aspects about the film that one might find flawed if not questionable, including one where Keough’s Fred struggles to explain the car’s origins against the backdrop of the roaring weather – the audio cutting into a much more normalized voice over narration which could have been better handled.
The crux of the danger doesn’t begin to pass until the film’s principal villain emerges moments prior to the car’s complete decimation. Machine gun fire ignites the spectacle for a respite moment of solid entertainment before tapering off into its more suspenseful millieu.
Sheild and South African actress Roxanne Hayward serve as great lead actresses for Tandowski’s debut at the helm. Moreover, the film even accomplishes in mild character revelations that explore the core issues of what people would do when cornered into desperate situation.
Unfortunately, the film underhands itself in trying to succeed with the sorts of typical tropes that once made popular horror films so successful; the film even jestfully pokes at the idea with mentions of the Final Destination films.
Alas, it’s worth noting that Tondowski’s vision here otherwise overshoots and falls short of expectations, crippled by a script that underachieves more than preferred or needed in some cases, diminishing whatever entertaining edge-of-your-seat potential it could have offered. Had it been the other way around, Accident, might have accidentally been a better movie.