Review: OF GODS AND WARRIORS Is An Ominous, Cyclic Tale Of Vengeance 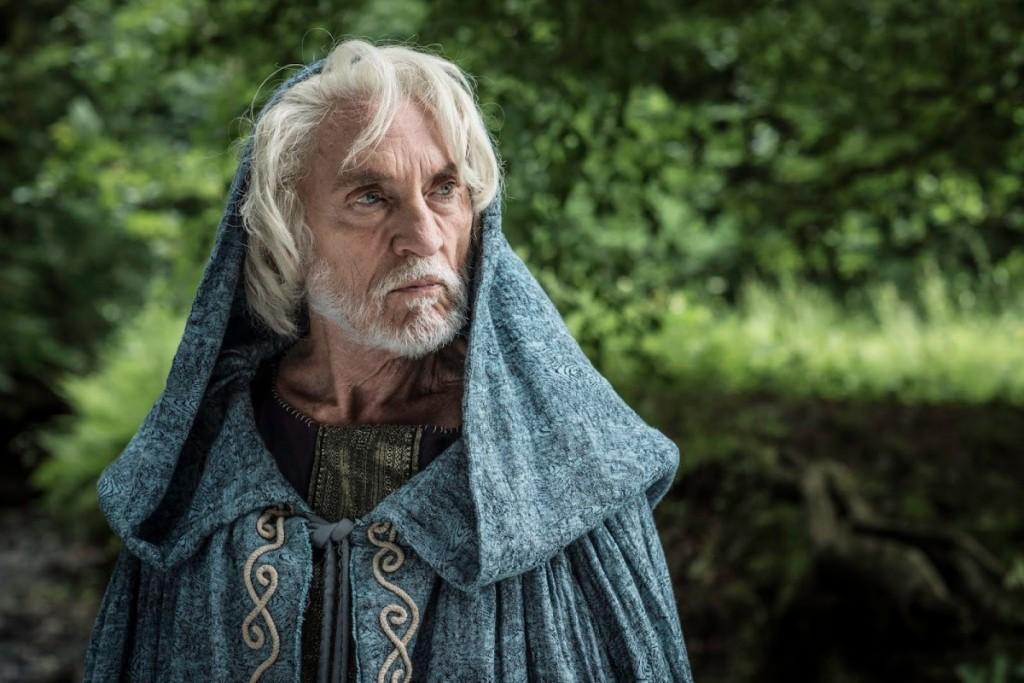 Norse mythology is likely something that will never run out of angles for directors to build stories on. Hard Boiled Sweets helmer David L.G. Hughes has certainly found one in his latest effort, Of Gods And Warriors, falling short of big scale cinemafare while still managing to bring a sense of scope and gravitas to the lens.

Actress Anna Demetriou makes her lead debut in a story that spans more than two decades, preset by a dark omen that falls on a royal Viking family and its patriarch, King Asmund of Volsung (Andrew Whipp). With a day’s victory in his wake and the pride of the kingdom in his hands, he makes a desperate choice implored by his half brother, Prince Bard (Timo Nieminen, to switch recently born children so that Volsung may live on with a King instead of a Queen.

Now in her 20s, Helle, living as Bard’s presumed daughter and training in secret with one of Asmund’s loyal men, Lord Soini (Will Mellor), remains unaware of her true family origins and believes herself to be the curse that killed her mother who birthed her. Soon however, she finds herself at a precipice when Odin (Terence Stamp) begins oft-appearing before her in brisk, spiritual consultation – a timely event in parallel with Asmund’s internal conflict having raised the half-prince’s son, Hakon (Taylor Frost) all these years with their differing personalities on full display.

A last ditch effort to right yesteryear wrongs bring a tragic reunion between Asmund and Helle, the latter blamed for her father’s murder and forcing the would-be Queen on the run from Bard who is revealed to be in the service of Loki (Murray McArthur). Her perilous joruney of survival eventually lands her in the presence of Tarburn (Paul Freeman) and his tranquil company of travellers wherein after a few days and with the emergence of allies, she is forced to make a choice between two ways of life. As such, she knows only one will direct her in exacting clear justice for her father against an evil despot hungry for more than just the throne.

What you get at the forefront of Of Gods And Warriors is an epic story of revenge and redemption, and with a heroine to truly cheer on in Demetriou who carries herself in impressive debut fashion. Terence Stamp lends his usual grisled, soulful screen caliber in a supporting performance that further anchors Demetriou’s leading lady status, along with Mellor’s Lord Soini proves pivotal in nuturing Helle’s growing talent for handling weapons and sustaining her potentital in a craft otherwise dominated by men.

Actor Nieminen gives a truly searing performance as the villainous Bard with McMurray tending to our villain’s impressionable psyche as Loki. Ian Beattie joins in on the fashionable villainy as Kirkwood along with towering bodybuilder Martyn Ford of Boyka: Undisputed IV and Kingsman 2 fame who furthers himself into acting here in a dual role as twin menacing hulking henchmen, Torstein and Steiner.

The action doles out plentily in sword-clashing spectacle and gore for fans keen on R-rated cinemafare. Adequate cinematography keeps plenty of focus on as much of the action as possible, save for certain choice segments in post-production editing might have provided a bit more vibrance in terms of energy and pacing. Jude Poyer, a stalwart in action cinema whose credits stretch more than 20 years between Hong Kong, Hollywood and the U.K., serves up the stunt delights as action director with the film’s core fight choreographer Andrei Nazarenko who spruces things up every now and then with a few signature stunts Hong Kong cinema heads may recognize without deviating too much from the more practical Norse-styled fight scenery. 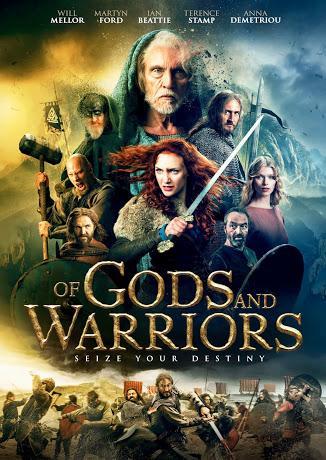 The more underlying psychological battlefield between the physical forces of Odin’s influences opposite that of Loki’s are nil played between Stamp and McMurray as much as the story chooses instead to rely on its characters. This also bodes as a positive with the addition of actor Laurence O’Fuarain and actress Kajsa Mohammar who play Vern and Tait, respectively, giving a little more toward the goal of character development as we witness Helle’s own growth in conjunction with the presence of interwoven conflict throughout the film.

Ultimately, and for this, the story brings an all-too familar addendum to mind, serving as a general reminder of mankind’s historic, often risible approach to certain conventions. Hughes fulfills the direction of this tale on that end with as much intrigue as there is consequence in a story of a time where many men ruled blindly by the wills of their own emotions and deities, fueling poor choices and resulting in tragedy and madness. The ending is of a bittersweet kind, and not necessarily one that stands directly on the hopes of a sequel – the air is much more foreboding and cautionary than that, which might even reasonably provide some sequel-worthiness if Hughes can make it so.

Of Gods and Warriors opens theatrically in the UK on July 19 and on Blu-ray & DVD on July 30th from 101 Films.

ON THE ROPES: ‘Kill Order’ Director’s Latest Now Available On DVD And VOD War Thriller RESCUE UNDER FIRE Gets A Fall UK DVD Release From Eureka