Ringo Lam's SKY ON FIRE Lights Up With A Slick, Explosive New Teaser 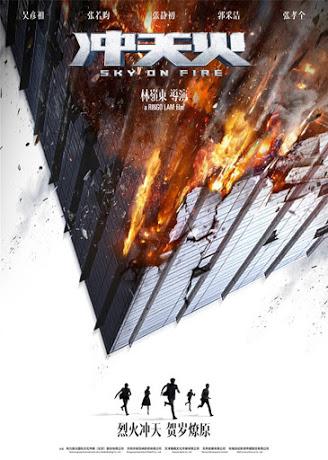 AMC’s Into The Badlands star, actor Daniel Wu has a few things happening this week. His latest co-starring role in Duncan Jones’s Warfcraft is officially out in theaters, and he’s also making the rounds with his latest crowning achievement for which he’s been very vocal on social media since last year.
For this, we look to his first-ever pairing with action auteur Ringo Lam’s on the new thriller, Sky On Fire. Here, Wu starring as a security agent on a mission to protect a scientist amid stunning new research on “super stem cells” which could lead to new life-saving drugs, and our guess is that the baddies here have a more nefarious purpose for them. Hence, guns ablazing, fisticuffs and explosions, all a great formula for fans of Lam and his work.
The teaser is pretty short and sweet, but the beats are tuned accordingly to help sell a solid actioner with a stellar cast including Amber Kuo, Joseph Chang, Leon Lai, Zhang Jingchu Zhang, Simon Yam and Gordon Lam. The teaser is only just making the rounds with a teaser following events over the weekend at this year’s 19th Shanghai International Film Festival, so we’ll learn more about this particular title soon enough.
Take a looksy!