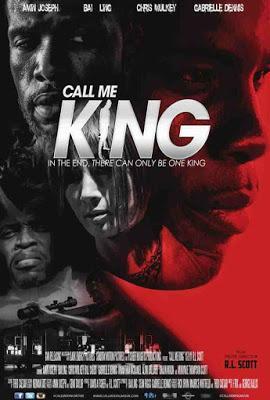 At the expense of just a few years through development and production, writer and director R.L. Scott‘s new international action drama, Call Me King, has to be one of the most crisp and intriguing films to date. Actor Amin Joseph leads the cast with a sprawling narrative that sets just the right tone for an original story that not only goes beyond a merely confined crime drama, but one that could very well steer things into a sequel.

“Haitian law has a very strict set of guidelines for the reversal of expulsion from one’s native land.”

CALL ME KING, is the story of two descendants from an ousted Haitian dictatorship who immigrate to the United States seeking to one day right the wrongs perpetrated by their father.

Now adults, the brothers have founded their own four-member crew of gun runners…“The STRAP SET.” Led by the eldest brother RHYIS (36,) proud, strong, and fearless,his goal is to earn enough capital in America to return to Haiti and reclaim his birth rite. KHALIL (30,) the younger brother, handles the lion’s share of sales and distribution to foreign buyers.

While GRIMM (32,) and ZHO (28,) deal with the local distributors. Rhyis answers to only one man…ANGELO COSTA (53,) head of the Italian mob, who utilizes The Strap Set as his main enforcers. When the rules of the underworld are broken, all four men inflict punishment to the letter.

When it is revealed that Angelo has terminal cancer and decides to transfer power of his organization to Rhyis, Angelo’s drug addicted son NICHOLAS COSTA (38,) convinces the other syndicates within the city to go to war against The Strap Set.

At the same time,the father of Rhyis and Khalil,KNIGHT(55,) arrives from Europe and still holds the title as the underground King. Rhyis feels he’s now entitled to the throne,and challenges his father for power.Heavily armed with automatic weapons, martial arts skills and the Will to win…the Strap Set lock and load intent on returning victorious to the docks of Port-a-Prince.

“In the game of Chess the rules are fixed, but there can only be one can KING…”

The film is currently being released on September 4, and the first two locations were just recently announced as follows:

Feel free to check out my premiere night review, or set the aforementioned date and get your tickets accordingly, and visit the official Facebook fan page for further info!